I have a friend, a lovely fellow whom I have known for almost twenty years, and the most common epitaph affixed to his name is, “The Runner.” Let’s call him, “Denton, the Runner.”

Not a jogger. This guy’s personal best mile was around 4:20, and that was before Nike 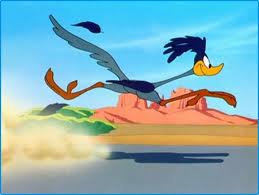 was a gleam in anybody’s eye. When training for an ultra, Denton would log 100 mile weeks. He once won the JKF Fifty Miler (the oldest ultra in the country) and popped up to Boston and did the marathon in the next week. I know he’s won the JFK at least three times, possibly more.

I am the ultimate endomorph, a body at rest thrilled to remain at rest unless there’s a horse to be ridden or a book to be purchased. When I met Denton, I was jogging maybe 15 miles a week, hating every step. I’d do some strength training, but the whole business of sharing a sweaty weight room with sweaty men… nasty-gaa-gaa. (Though sweaty horses are just fine, of course.) Nevertheless, as somebody prone to chronic overweight, I was determined to exercise if it… killed me.

I recall one conversation where Denton, in all sincerity, asked me, “But don’t you feel better when you exercise?” 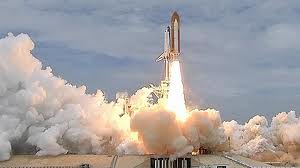 You know those images of the space shuttle taking off? All that exhaust pouring from the bottom as the thing incongruously lifts away from the earth, slowly, slowly, defying gravity by inches, then feet, then yards? That’s me, trying not to react to the idiocy, the lunacy, the sheer, unmitigated cluelessness of the poor man’s question.

Physically, I feel like crap much of the time, and after exercising, I feel like exhausted, stupid, betrayed crap. I’m prone to anemia, have thyroid disease, and suspect myself of a number of other energy-sucking conditions. I do not now and never have felt better for expending calories in the name of that elusive concept (probably a complete boondoggle) know as fitness, and I believe endorphins are something created by the sports industry’s  advertising weenies. When I informed my friend of this, he got quiet—he didn’t ask the question again—but there was a lingering scent of bewilderment in the air, and quite possibly, pity.

We are still quite cordial as long as nobody mentions the state of my fitness.

I was writing my fourth of fifth manuscript, barreling along at, say, 4:20 mile pace on some scene with Lord Fairly and his dear Letty Banks, when it occurred to me: If the phone rang now, I probably wouldn’t pick up. If the house were on fire, I’d take the computer out to the barn with me and finish this scene. If I had to pee… wait.

I did have to pee, badly, but by God, I was not going to let something as silly as biological imperatives interfere with my once-upon-a-time’ing.

In that state, I finally understood why my friend was so devoted to his running. That enraptured quality, enthralled, swept up, that was the “feel better” he was after when he headed for the gym and for him, running and working out reliably provided it.

My fitness is worse than ever (though I did join the gym Nora Roberts opened in Boonsboro, and I am hopeful—ever, ever hopeful), but my tolerance and understanding took a major leap forward that day.

Whatever makes you lose track of time, forget where you are, and not want to quit until you absolutely have to, that’s your Zone, and I hope you get to spend a lot of time in it. Good things happen there, good books, good runs, good insights–though I still don’t believe in endorphins. .

But tell me this: What is the question that has made your space shuttle lift off, steam come out your ears, and lectures worthy of your own mother come pouring out of your mouth?