There is research abounding lately telling us social media make some of us feel crummier, not better. The data suggests that the more time you spend on social media, and the more distant your associations on that media are (four thousand friends you’ve 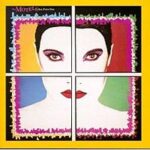 never met), and the more you resemble a Young Person, then the more likely you are to believe all the happy photos and OMG!!! blathering are the sum total of your “friends’” lives, and that, by comparison, your bleak, boring little asteroid is a sucky place to be.

A significant part of me wants to hoot, “How many tax dollars did some think tank spend to prove that staring at a screen isn’t a substitute for being with your mates?!”

Except I think what’s at work, in part, is nothing more sophisticated than guilt by association. In another blog, I point out that overweight people drink more diet soda than skinny people, and viewed in the wrong light, one can use this “data” to conclude that “Diet Soda Makes You Fat!!!”

Association is not the same thing as a casual relationship (after doesn’t mean because of, to bastardize the Latin). We need to reserve judgment about the power of social media to “make” us lonely. The young folks who are friending the known world and spending hours and hours with social media are likely lonely to begin with. When some of their peers are learning how to go on in relationships, the social square pegs are hanging out in Farmville by the week. When they might instead be playing a game of pick up rugby, they’re up till all hours lurking in the chat rooms until the girl from Dubai gets online. 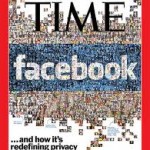 Lonely people find things to do. We all know, we’ve been among their number at some point. In a former age, they could read Trollope or Hardy, write letters, take long walks around the city (Dickens’ habit was twelve miles a day), or sit at the bar and drink. Did hanging out at the bar make them lonely? Did reading make them lonely?

Maybe in a sense, but I suspect what it might have done was made them more aware that by comparison with those fictional characters, with the bustling city of London, with all the people who had friends to meet at the bar, their lives were lonely.

The question remains unanswered though: Are the lonely people on Facebook more lonely than they’d be without it? That’s another experiment, and not one anybody has figured out how to design yet.

What are your thoughts? What–if anything–has the power to make you lonely?

18 comments on “Only the Lonely Can Play?”