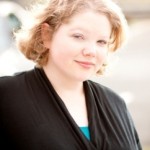 Thanks so much to Grace for inviting me to blog today! I’m so thrilled to be here. =)

The title of this blog post is also the title of a Better Than Ezra song (one of my favorite ‘90s bands), but most importantly it’s the phrase that defines the passion of the relationships I like to read and write about. Of course, I also like to see this carried through to real-life relationships. =)

Desperately wanting. To me, it doesn’t matter if the couple at the beginning of the romance novel is already in love, hates one another, or has just met. By the end of the book (and actually, hopefully before then!), to really satisfy my romantic heart, I need the hero to feel this way about the heroine. Lust? Not enough. That’s only the physical part. Feeling gushy? Great, but I doubt gushy love is going to weather the trials of a long-term relationship.

No, what I mean by “desperately wanting” is that the hero should want the heroine in such a way that it becomes a need. He can’t *not* have her. He is desperate for her—her body, her heart, everything she is. He can’t imagine his life without her and he’ll do everything he can to show her he loves her and win her for his very own. Sometimes, to his eternal torment, that may even mean giving her up so she can be happy (although they have to end up together anyway…we are speaking of romance novels, after all 😉 ).

Of course, I’m not talking about stalkers. They’re not heroes in my opinion. 😉 And although many people might think that what I’ve described above is a perfect fit for alpha heroes, I’m not specifically talking about them, either, because I think that beta heroes and gamma heroes (a mix of the alpha and beta) need to desperately want their heroines, too. As a romance reader and writer, I demand that my heroes feel this passionate about my heroines, and the phrase “desperately wanting” is exactly how my hero in my upcoming novella, THE SINNING HOUR, feels about his heroine.

For a bit of background, here’s the blurb for the novella: 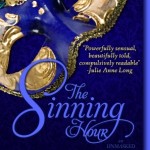 A man accustomed to having whatever he wishes…

A year ago, the last thing portraitist Simon Astley expected was to become fascinated with his new housemaid. Although Miranda Post was no great beauty, he found his attraction for her continuing to grow until—rather than giving in to his wicked inclinations—he sent her away. No man could have regretted this momentary indulgence of conscience more.

A woman whose wishes have never come true…

Now a maid at London’s most exclusive gaming hell, Miranda has no time for either bitterness or the soothing of her bruised heart. She works hard and struggles to care for her dependent father, forbidding herself to dwell on either her dreams of the future or her memories of Simon.

At night all they need is one another…

Yet both her dreams and memories collide when Simon is commissioned to paint the portraits of the hell’s owners. Determined to right his mistakes, he offers to pay Miranda for the pleasure of painting her, too—but only in the privacy of his studio. She agrees to take his coin, even while knowing that every moment in his presence once again decimates her defenses…and threatens her heart.

So he does the only thing he knows to do, the only thing that exercises his rarely used conscience before he makes a mistake and actually does act—he dismisses her with the intent of winning her back once she’s out of his employ. He never expected her to disappear. THE SINNING HOUR is the story of how he finds her again and shows her just how much he wants her…desperately. =)

How important is the concept of “desperately wanting” in your romance novels? Do you have a favorite romance novel you can give an example of where the hero feels like this toward the heroine? (My example would be Lisa Kleypas’ DREAMING OF YOU.) I’ll be giving away one digital copy of my upcoming novella THE SINNING HOUR to a random commenter (sent after 3/1 release, open internationally).

And I’d love to have you come visit with me!