One concept taught In Mediation 101 that’s useful when it comes to writing romance novels is that the toughest conflicts to negotiate are two-party, single-issue stand offs. The media tries to present us with these all the time, because they are inherently dramatic: The Lady or the Tiger, winner take all, do or die, or—dare I mention—Republican or Democrat. 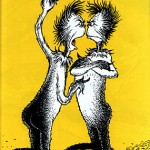 The forced choice or zero sum game will sell a whole lot more ads than a scrimmage, a compromise, an exhibition game that can’t go into “sudden death” overtime. As a writer, I look for those seemingly impossible situations where my characters cannot compromise. Anna Seaton either fled the Earl of Westhaven’s home or accepted his protection, Emmie Farnum either told St. Just the truth of her situation or went haring off to Cumbria with the Kissing Vicar.

As a mediator, I approach the proverbial Mexican standoff one of two ways. I can try to add parties to the conflict, or I can add issues. While either might seem initially to complicate the conflict, these measures can also assist with its resolution. By (carefully!) bringing older children into a custody discussion, for example, the parents are reminded that the parenting schedule is not about them, and a child—particularly a teenager—is in a position to sabotage any decision the child doesn’t like. (Emmaline Farnum found out that even a five year old wields that power effectively.)

In my books, the characters will at least start out wanting to keep the solution to their difficulties simple and simplistic: The other guy or gal needs to get a clue or leave town. Again, we hear a lot of rhetoric to this effect from the media because it’s emphatic, sometimes pathetically so. Whatever foreign power is misbehaving, for example, needs to just stop, regardless of food shortages, lack of infrastructure, nasty neighbors, and so on. We want our troubles to disappears with a magic word, just as badly as a romance hero wants his to evaporate by page thirty.

Hah. What the hero and heroine learn, what most of us have learned, is that good solutions often take time, courage, and creative thinking. They may even take team work and open-mindedness. They certainly require that each party to the conflict be honest with themselves about their motives and to some extent, honest with the other parties. 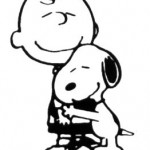 This is hard, hard work, but I guarantee you, when done well, it will keep you interested for 400 pages. I’m waiting for the day when the news media discovers that it will also keep us interested for an entire 30-minite broadcast.

We all face disputes, squabbles and conflicts every day. What skills and rubrics do you keep in your back pocket for when they arise in your life?

10 comments on “The (Dubious) Beauty of the Mexican Standoff”