My dear old Dad was a scientist during what some call “The Golden Age of Academic Science,” meaning When It Was Easy to Get Funding and—if you published—Tenure. This period started off with the post-WWII industrial boom, continued on during the relative prosperity of the sixties, and probably didn’t really end until the eighties. Science was very, very good to Herr Doktor Professor Burrowes, Ph.D., allowing him to raise seven children and offer every one of them a shot at an affordable college education.

Himself was not best pleased when I decided I wanted to major in music. “The arts are subjective,” said he. “You can be very, very dedicated to what you do, and find some critic takes you into dislike. You’re popular one day, and you’re accused of losing your edge the next. Go into the sciences, and good, solid, hard work will always be rewarded.”

He has a point, or half of one.

Any creative endeavor—throwing pots, raising a child, arranging flowers, drafting a report, writing a book—has an element of subjectivity on the part of people perceiving the results. A pretty pot to me might be a disgraceful waste of clay and glaze to you. 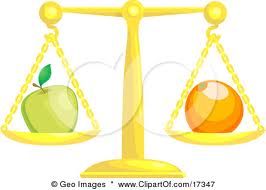 For me, this is one of the hardest aspects of publishing commercial fiction. A lot of people may like what I write, but the people who don’t like what I write loom large in my awareness as well. I don’t want to disappoint or offend anybody, much less take their money and then have them feel that way.

What I can do to minimize the occasion of disappointment in my works is represent them as accurately and consistently as possible: I write historical romances with steamy scenes and happy endings, and my prose is generally not simple. I try not to pop out with any surprises, but rather, to be the same author for each story, though perhaps a more skilled version of that author with each book. In publishing parlance, I try to stay true to my brand.

And yet, my best is not going to be good enough for some people. I haven’t figured out how to make my peace with this reality, but I realized one thing: My father, somewhere around age eighty, lost his funding. After decades of doing good work for the National Institutes of Health and other organizations, after making significant contributions to what’s known about the chemistry of milk and other foods, Dr. Burrowes’ projects no longer made the cut.

The grant officers continued to approve his requests—the work was creditable and meaningful—but the projects were not ranked high enough on the priority ladder to receive funding.

Guess what? Even in the hallowed, rational realm of academic science, an element of subjectivity creeps in. While I’m sorry my dad’s work had to be cut back, the idea that there is not freedom from subjectivity even among highly educated and rational scientists was a relief.

And yet…. When I’m found wanting, it hurts and I don’t like it. So I’m asking you: How do you move past those times in life when you’re judged not good, or not good enough? When you’re passed over for the promotion, damned with faint praise, and otherwise given an opportunity to doubt your own competence, 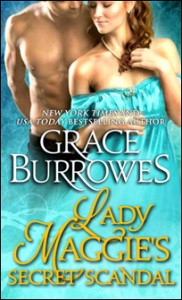 One commenter below gets a signed copy of the Grace Burrowes book of his or her choice, and yes, you can choose a copy of “Lady Maggie’s Secret Scandal,” though it might take a few weeks to pop one in the mail.