I recently had the privilege of hearing Elizabeth Boyle give a talk on how to write a romance novel. One of the ideas she presented was that people change in four predictable steps: Denial, Resistance, Exploration, and Acceptance. 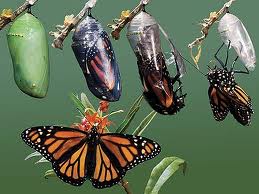 Elizabeth first came upon these steps in some Corporate America charm school class intended to bring unconventional employees into the behavioral fold. Rather than become a conventional employee, Elizabeth heard this information as a description of a romance hero or heroine’s character arc in a well written novel.

I think that’s pretty clever, to connect these seemingly unrelated dots, and better yet, the four steps are simple and intuitively applicable. Nobody likes to admit a cherished dream, self-image, career plan, or relationship needs an overhaul or trip to the rubbish heap. We minimize, deny, rationalize, avoid, and just plain refuse to deal with realities that hurt.

When the weight of evidence is overwhelming, we’ll entertain—purely theoretically—that some other approach might be worth a glance, and so forth.

But then I tried to find a situation in my life where I underwent a significant change by traveling this arc, I came up empty handed. I didn’t resist giving up on a hard sciences career—I dropped calculus and was relieved to turn my back once and for all on esoteric math.

I didn’t fight against putting away my musical skills—I was done, done, done with that.

I didn’t rail against the concept of marriage only to gradually accept the idea that I’d met Mr. Right. Himself proposed and I said yes.

In my experience, which is of course limited, I’ve found I’m more likely to change a little at a time, and in a context where I have love and support. I’ve gradually stopped overfunctioning in nineteen directions at once, as I’ve trusted more to friends and family to be there for me when I stumble. I’ve slowly, slowly come to terms with many of the body issues that plague the American female, mostly as a function of being around people who regard me highly, and without respect to my appearance.

What makes us change for the better? Is there a nice, tidy progression of steps—or maybe one for changes that require we give something up rather than simply acquire something new? I would think, as a child welfare attorney, this question of how we turn toward the light would be well studied…but it isn’t. 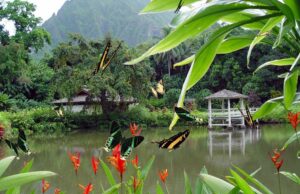 Not unless you consider the model suggested over and over again—to the tune of a billion dollar industry—by the modern romance novel: We change for the better when somebody loves us, and we love them, so much, that we find the courage to risk our very self-concept in an effort to safeguard that person’s wellbeing.

I say we change for the better because of love and courage, not because life paints us into a corner where change is the only sensible course.

What do you say? To one commenter below, I’ll send a signed copy of Cathy Maxwell’s “The Seduction of Scandal.”