I’ve fallen in love a few times in my life, and I hope I fall in love again and often. I’m not talking about falling in love with a person, though that’s noteworthy when it happens, I’m talking about a less fraught version of the same experience.

I fell in love with horses before I could read. The only thing I could draw as kid was a horse, and I managed that by building a make-shift light box and tracing the Connemara pony stallion from “Ponies of the World.” I had the World Book article on horses about memorized, I knew the parts of the horse better than I knew the nomenclature for my own anatomy.

I was twelve before my loved ones helped me buy a cranky old Quarter Horse gelding, but prior to the arrival in my life that Eponymously Named Most Noble Steed, Buck, I clutched close to my heart anything that looked, smelled, felt or moved like a horse.

The same thing occurred with the piano. Once I realized, “I can do this,” I practiced at all hours. If I wasn’t practicing, I was reading biographies of the composers, trying out other instruments, learning theory, singing, teaching piano, accompanying instrumentalists and vocalists, or learning to fake. That I was a hopeless disaster as a performer mattered naught. I loved the piano.

Still do, and I still love the ponies, pups and kitties too.

Now, I’m also enthralled with writing. I often have several projects going at once—a book I’m just thinking about, a first draft being created scene by scene, a finished work in major revisions, and a submitted manuscript moving through the publishing pipe line. I love it all.

I love coming up with that perfect, best, where have you been for the past six months, opening line. I love hunting typos in the galleys. I love excavating a better book from a rough draft, and I love sculpting a still better book from a smooth draft. Yes, there are rough spots. I loathed getting tossed off my horse, hated the performances that ended in disaster as a musician, and I dread the mean reviews (though thankfully, all of those experiences have been rare) almost as much as I dread the prospect of disappointing my readers. 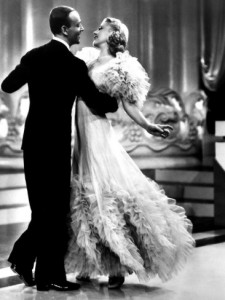 What I’m finally figuring out, though, is that passion is its own reward. Parts of writing a novel are hard for me; some parts take longer than others, and some leave me feeling utterly inept, and yet, I’m in love. I’ll deal with the dips and twists because this is the ride I’m supposed to be on. I’ll get there, I’ll figure it out, I’ll make do, I’ll persevere because I’m in love. I’ll land on my backside seven times and get up eight times because I’m in love.

And there’s no place I’d rather be. This is how I want my characters to feel about their relationship (by page 343), and this is why they will get that happily ever after eventually.

What about you? Fallen in love lately, or does the whole notion make you cringe?

To one commenter below, I’ll give her or his choice of a signed Grace Burrowes book.