As a child welfare attorney, I’m familiar with the statistic that boys raised exclusively by their mothers tend to fall into a lot of bad categories:

More likely to have a juvenile record 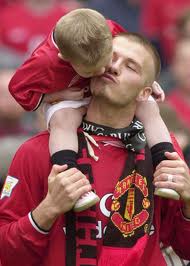 More likely to end up in jail

More likely to drop out

More likely to become a father prior to age 18

More likely to be arrested for non-support of their children.

Well you get the point. If it’s a bad outcome, then boys raised by their moms are more susceptible to it. Of course, there are lot young men coming out of female single parent households who do just fine, and better than fine, but the deck is stacked against them.

It’s tempting to conclude the deck is stacked against them because single moms are inadequate parents. 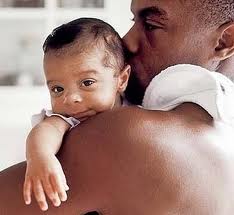 If you come to that conclusion, I will hunt you down and shake my finger personally in your face. Unlike a lot of single moms, my earning capability wasn’t hampered by my gender, I only had the one kid, and my family was behind me 100 percent (and still is).

After a divorce, everybody’s standard of living drops. Two households are more expensive to maintain than one, particularly when, in this economy, the equity in the family home cannot be tapped to smooth any transitions. The studies show that five years after divorce, Dad’s standard of living has pretty much rebounded. Mom on the other hand, often never rebounds, not unless she remarries and takes on all the issues and burdens inherent in the blended family situation.

The kid raised by mom is thus being raised in the poorer household, for starters. That doesn’t help, but it’s hardly definitive of all of life’s outcomes. What I think condemns that child to a greater probability of bad outcomes is not Mom’s best efforts to make a home and provide for the necessities, but Dad’s absence.

People rise above poverty in this county. It isn’t easy, it usually isn’t quick. I’m not sure a kid ever rises above being rejected by their father. From an evolutionary standpoint, Dad is the source of safety, he’s the guy who will slay the tigers and chase off intruders. When he walks away, even if money doesn’t become an issue, it sends a visceral message that for all Dad cares, his offspring might as well be left to the wolves. 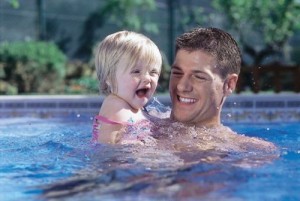 It’s Father’s Day. My dad stuck. He never once turned his back on the responsibility of being the sole provider for himself and eight dependents. He never disappeared, he never told himself the kids would be fine without him, and they’d understand when they grew up. He never quit, he never blamed his children or his wife for making his life difficult.

I’m grown up now. I understand a hero when I’m raised by one, and if you know a dad who’s wobbling, a dad who’s going down for the third time, a dad who has that look of banked desperation in his eyes, help him. Support him, listen to him, lighten his load any way you can. If it’s your inclination, pray for him.

On his shoulders rests the fate of many, more than even he knows.