My parents likely did not intend to raise seven children, much less start off their parenting adventures with twin boys. They certainly aren’t authorities on parenting generally, family dynamics, or child development, and yet they got some interesting things right, at least for me.

First, though they wouldn’t put it this way, they believed a child’s most important toy and her strongest tool is her imagination. Growing up, we didn’t have a TV until I was well into my school age years. When some neighbors gave us an old rabbit-eared black and white, we not allowed to watch TV on school nights. 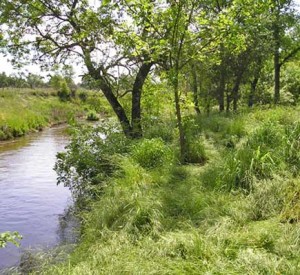 We did, however, have a big back yard that bordered on woods, fields and pastures (and best of all, a swamp and a stream). There were a few neighbors, but none with children my age. When it was dinner time, Mom would ring us home with a cowbell that could be heard for miles.

Mom had ways of reinforcing this notion that we were supposed to entertain ourselves, mostly by offering us long, onerous lists of chores (in addition to the regular batch) if we so much as looked like we were bored or mopey. Then too, with that many mouths to feed, there simply wasn’t money for a lot of toys or games. 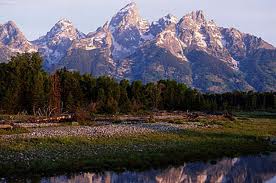 Second, Stu and Colleen occasionally packed us up (five of us kids, anyway) and drove us from central Pennsylvania to points west. Once we spent a summer in Ft. Collins, Colorado. I took my first horseback riding lessons there. Three times, we spent summers in San Diego. I loathed the time spent in San Diego, but adored the process of getting there and back. We camped in the Grand Tetons, we found a soda machine at the Holiday Inn in Lincoln, Nebraska. that you didn’t have to put money in to get all the drinks you wanted (though Mom would only let us get one each).

We picnicked in the Painted Dessert, and our brakes went out in the Salt River Canyon. We caught wind of the Chicago stockyards miles before we passed them. Somewhere in the Rockies, Dad pulled over so we could have a snowball fight in June. To an eight-year-old, these were Big Adventures. Interstates 80 and 70 (not yet completed), were the most fascinating screen savers ever. Like nothing else could, travel sent the message: There’s a big world out there waiting for you to explore it. Start packing, kiddo. 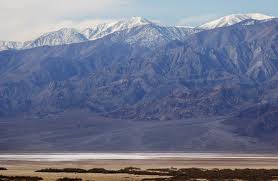 The lessons were endless: THIS is what the pioneers traversed by covered wagon. THESE are the mountain passes that still close most winters. THIS is how hot Death Valley gets—and back in the day, those mule skinners didn’t have sunscreen. Wow.

I don’t think my parents had any idea that their approach to raising children was going to result in a batch of people with rambunctious imaginations. My mom probably shooed us outside for most of the summer to keep from losing her mind. My dad hauled us the length of the country so he could hang out with other scientists whose work interested him. They were trying to fit resources and requirements together, the best they could figure out that ever-changing puzzle.

I still love a good cross country road trip. I still have no TV. Beloved Offspring was raised without TV, and she’s seen a lot of the country from the front seat of a pick up truck. What’s something—some one thing—your parents got right, even if they got it right by accident?

To one commenter, I’ll give a DVD of the Timothy Dalton/Zelah Clark version of Jane Eyre.

12 comments on “My Favorite Toy”