Current wisdom among romance writers holds that if the hero and heroine only have to have a Big Talk at the end of the book to clear the way for their happily ever after, then the book lacks sufficient conflict. 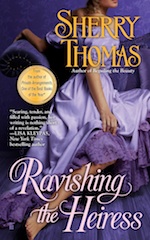 I’m not sure I agree, and anybody who’s read and enjoyed Sherry Thomas’, “Ravishing the Heiress” might also hesitate to agree. (Spoiler alert—plot summary to follow.) He and she have been cordially married for eight years. Her social climbing papa wanted his little girl to have a title; His family had run through all their wealth and an heiress was his duty. Husband and Wife agree to wait eight years to consummate their union because she’s quite young at the time they marry. She also learns that he loves somebody else, and can’t abide the thought of forcing him to dutiful intimacies with a wife he resents.

The eight years go by, and it’s time to get busy securing the succession, but lo, his old love reappears at the same time, now available for a relationship with him. The dilemma exists almost exclusively in the hero’s head: Should he stay with his wife or go to his old flame? That’s the conflict in the book, and we read every word of 300 pages to learn how the couple (mostly the Husband) solves it.

There’s no saving the ranch, foiling the overthrow of the government, finding the long lost uncle, or other external problem to solve. There’s just a complicated, long term relationship between two people who don’t both realize they’ve fallen in love with each other. I cannot imagine how the book would have been improved by gluing on one of those supposedly indispensable external conflicts.

Why does this book work?

I think it works for two reasons. First, Sherry Thomas is a highly skilled writer. Character, setting, sexual tension, and every other aspect of craft is handled masterfully. The second reason is that most of us who’ve been through any relationship more substantial than a prepubescent crush realize that the most alluring organ possessed by either gender is the functional ear. 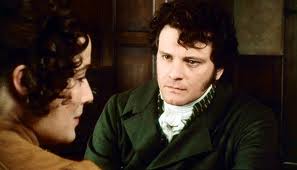 When life is pitching curve balls at us, when we’re down and tired of feeling down, when we’re at a cross roads and all of our options feel fraught, what we want is not so much a crystal ball or a light sword, we want somebody to listen to us. We want a friend who will not judge us in our fear and indecision, our resentfulness and uncertainty. We want a compassionate, honest hearing, one that seeks to support and understand rather than argue and judge.

The big talk at the end of the romance novel ought to be called a Big Listen. It’s that moment when He and She are brave enough, and invested in each other enough, that they can hear each others’ truths and—no matter how difficult those truths—respond with respect, honesty and an attempt to find common ground. THAT is why the happily ever can follow, not because they’re gorgeous, intelligent, clever people who’ve run up the page count. 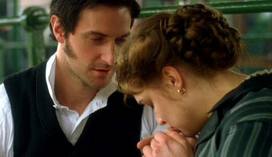 They’re brave, honest people who’ve done the hard work of learning how to listen to each other, even when it’s inconvenient, scary, and contrary to their self interests—maybe especially then. There’s no happily ever after without acquiring this skill, not for the characters in a romance novel, and I suspect not for the rest of us, either.

Who listens to you? Who expects you to always listen to them? Where did you learn to listen?

To one commenter, I’ll send a copy of the Toby Stephens version of “Jane Eyre.”

12 comments on “The Most Alluring Body Part”