We’re due for another 100+ degree day here in Western Maryland, complete with bugs, humidity, and a strong possibility of thunderstorms, and yet, I will tell you, heat for an author is not just a good thing, it’s the factor that makes or breaks a novel, and more is better.

“Ravishing The Heiress” has exactly one major hot scene in the book, 222 pages into a 300 page read, and that scene is between a man and woman who’ve been married for eight years and are on the verge of a civil separation. This book has gotten raves from PW, Romantic Times, and the Library Journal, and well it should.

Why? Because the author makes an impossible pressure cooker out of the tried and true love triangle, with twists, and loops and bends that would break wrought iron—but it doesn’t break these characters, it refines and strengthens them.

A diamond is a lump of coal subjected to extremes of heat and pressure. So too, does applying “heat” to our characters, propel them from their damaged selves at

the beginning of a book to a much stronger, healed version of the same people at the end of the book–people capable of loving and being loved.

The link between heat and character transformation is old. When Dante wanted to show the utter absence of hope, a static and most terrible hell, he didn’t use heat. For the innermost circle of hell, he used the image of a sinner frozen up to the neck in ice—and that’s a powerful image. In current usage, we refer to trial by fire, the hot seat, or taking the heat, all in reference to situations that challenge what we’re made of.

My first job out of college was as a proposal coordinator for a government contractor. Proposals are how such companies win new business and survive in the marketplace, the deadlines are utterly inflexible, and sometimes we had one week to generate a 300 page document that in theory wasn’t supposed to sport a single typo. I learned what I was made of. 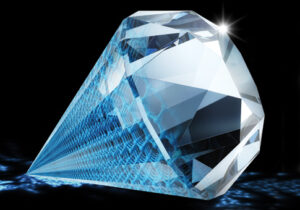 In my next job, I worked more than full time, and went to law school five nights a week.Then came single parenting…

In life, heat descends on us. During a spell of hot weather, we know to stay in the shade, stay hydrated, and avoid overexertion. During a hot spell in our lives, we similarly learn how to cope, how to grow under duress, and how creative and resilient we can be—even as we long for the shade and a cool breeze. So too in a good book, an author will turn up the heat on the characters, and then turn it up some more.

In my life, romance novels have always been the shade and the cool breeze, the place I could go to forget the deadlines and impossible co-workers, the cases that ended in disaster.

How do you cope with either the hot spells in life, or the hot spells we’re enduring this summer? To one commenter below, I’ll send a signed copy of the ARC for “Lady Louisa’s Christmas Knight,” which come to think of it, deals with a lady on a hot seat, so to speak.

29 comments on “Turn Up the Heart”