Invariably, I’ll be writing along, writing, writing on some book or other–my current work in progress (WIP) is Lady Jenny’s story, which will be published October 1, 2013, and be my third Christmas tale–and I’ll get an email from Skye or Susie at my publisher’s office telling me I haven’t yet done a dedication and acknowledgements for a book much closer to publication. 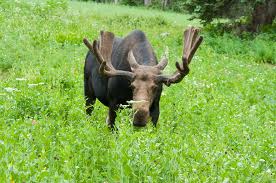 I lift my head up, feeling like a clover-drunk moose staring at two bright oncoming lights. “Which book is that? Who’d you say it’s about? You’re sure I wrote it? Hmm.” Writing the acknowledgments is easy. By the time one of my books hits the shelves, it’s fair to say “I didn’t write that,” in the sense that the book would be a file on my laptop (a large, not so very readable file), but for the efforts of a zillion dedicated professionals who spin my straw into your gold.

The dedication isn’t so easy. Jenny’s book will be dedicated to my brother Dick, who is one of two brothers thirteen years my senior My first distinct memory of Dick was when I was five years old and he was eighteen. I’d gone to a first grade practice day as the kindergarten year ended, and the experience was horrifying (from my perspective). The “guests” sat at the back of the room on the hard floor for hours while a nun in an all black traditional habit batted off at the front of the room about things I could not understand, much less see. 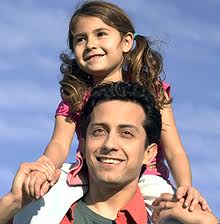 When my brother Dick arrived to take me home at mid-day, I RAN to him, and he swung me up on his shoulders right there in the classroom. After flirting a little with Sister, he took me away from that bad, scary place, and got me home. Even at that age, I understood  that if my brother treated me specially in front of all those people, two conclusions followed. A) They would think I was special, and B) I was special, at least to him.

How do I embody that memory in a few line at the front of a book? This is the same guy who told me the best way to create an arc for a romance hero was to make him choose between the competing demands of honor–which is brilliant, also the modern adult male’s dilemma in a nutshell.

I have some time to work on that particular dedication, which is good because I really want it to shine.

If you were going to dedicate a book to someone, what would you say? To one commenter, I’ll send out a signed Advanced Reader Copy of “The Bridegroom Wore Plaid,” the first book in the MacGregor Brothers trilogy of Scottish Victorian romances.

18 comments on “Dedicated to the Ones I Love…”