I’ve been traveling for the past six weeks, some for family reasons, but also for writing reasons. I’ve seen loved ones, signed books in ten different locations, had lots of solitude in my truck to think up new books (his name is Sebastian, Baron St. Clair), made many new writing friends at RWA National, taken all sorts of walks and… gained 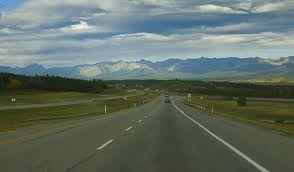 twelve pounds. That averages out to a little less than 1000 extra calories a day, which suggests I need to learn to live on air and true love.

This is not the first weight to come join me uninvited. When I seek medical help for my weight problems, I find there’s a willingness to treat symptoms–with amphetamines (not much help if the patient is caffeine intolerant), with off label use of anti-depressants (um, no thank you), with sure-fire calorie counting that results in more weight gain (on 1200 calories a day). Supposedly the thyroid problem is under control, but, gee, it sure feels like all the symptoms are still in evidence as well.

As serious as I’ve gotten before, I’m getting serious-er. This stuff has got to stop. now. It occurs to me, though, that I’m in the same place a lot of my characters end up: They can’t see what they did to find themselves in a predicament, but nobody is going to get them out of it but themselves. “Fair” has nothing to do with it, “just” has nothing to do with it and whining is a recipe for defeat. Time to go where they never wanted to go (Weight watchers? Drugs? Medifast?) and learn some new things about themselves and life.

So… I will regard the need to lose weight as an invitation to gain in other areas–compassion, self-awareness, fitness, who knows?–and order a treadmill desk before I turn this computer off for the day.

Any other suggestions? Maybe you’ve never had to lose weight, but you’ve had to face something equally daunting, wearying, and scary. What sustained you? What new knowledge helped you gain a better perspective?

To one commenter, I’ll send a signed ARC of “The Bridegroom Wore Plaid,” which is in some ways about two people who both had to change their perspectives, on themselves, familial duty, and what it means to love and be loved.

35 comments on “The Difficult Road”