Once upon a time, I worked for a Fortune 100 company as a contract administrator. This was an interesting job, because I had to speak Business to engineers, and they had to speak Technical to me, and we all had to understand Money, because when you’re spending the taxpayer’s nickels, a great deal of (expensive) accountability and oversight is involved.

My boss was a nice guy, but he was coping with a corporate environment that put constant pressure on him to do more with less. One of the ways he accommodated this pressure was by adhering to the belief that “a change is as good as a rest.” (Another way he dealt with this corporate culture was by having a heart attack.) 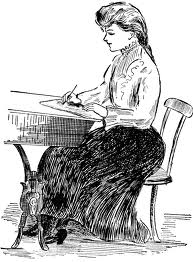 The boss suggested I try writing my name fifty times, enough to incur fatigue of the penmanship, and then switch to writing anything else. See? I did not have to rest my hand, I only needed to change its assignment.

“A change is as good as a rest,” said he, bustling off to move through the list of tasks on his to do list.

Thirty years later, I’m pretty sure it’s not that simple. I often jump in the truck and head for San Diego, sometimes by way of Montana, sometimes by way of Georgia, and I bring my computer with me. During a roadtrip, I’m not in the court room, but I’m in touch with the office. The scenery before me changes (unless I’m in western Kansas), the routine of the day changes, the people I interact with change, and yet I’m in touch with my editor, and often working on book stuff in my hotel rooms. 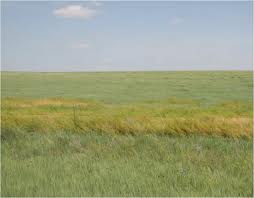 When I finish these trips, I’ve seen some of my family, and a lot of the countryside, but I can feel exhausted, though some people would say I’ve been “on vacation.”

Have I been? I don’t think so. I’m trying to figure out what constitutes a vacation, and part of it, for me, has to do with new horizons, not just different horizons. I’ve driven coast to coast dozens of times, on every route from Interstate 10 up to Interstate 90. The United States is beautiful, vast, and well worth seeing, but Interstate 40 is no longer my idea of a vacation.

And it’s no longer enough that I’m getting away from the office, or out of town. For time out of the office to result in a sense of renewal, I have to be away on some activity that I look forward to, one that has some probability of resulting in experiences I can savor in memory. Last year, I found a Sonoma Valley winery that also raises lavender, and that was lovely. (So was the Chardonnay I met in the tasting room.) I saw my first redwoods, and drove the Pacific Coast Highway. The redwoods I enjoyed—can one say, “immensely?”—the PCH, not so much.

The recession meant many of us ended up spending our leave on “stay-cations,” and I suspect one indicator of returning economic health will be an increase in traveling family vacations. 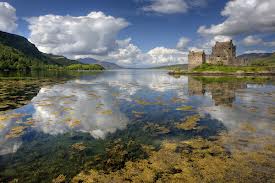 So, piggy bank permitting, I might splurge on another trip to the UK, where the office doesn’t call me, and every person I talk to will have a loove-ly accent. I will see new horizons, make new friends, and collect memories that will cheer me up, long after I’ve wrestled my credit card balance back into submission.

What about you? If you had some time, and some money, and could spend both any way you pleased provided the endeavor left you feeling rejuvenated, what would you do?

To one commenter, I’ll send a SIGNED copy of “Paris in Love,” by Eloisa James.

47 comments on “Lying About in Winter”