One of the first classes I took on a college campus was Introduction to Anthropology. I loved that class. We studied the Yanamami Indians, an indigenous tribe living way, way up the Amazon whose men routinely made use of hallucinogens. We looked at the Disengagement Theory of Aging, which says, essentially, many of us die when nobody has a use for us, not when our organs go out of warranty. 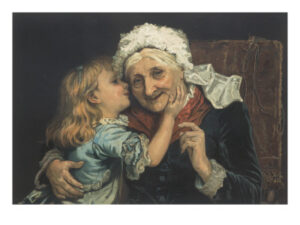 We also came across something I recall as the Grandma Theory of Culture. This piece of intellectual speculation started with the observation that only in settlements where archeologists found bones that had seen at least 35 years of living use did they also find signs of social culture. Social culture referred to cave paintings, decorated pottery, jewelry, and other aspects of life “just for pretty,” but also to dwelling groups larger than a single family might build, and evidence of communal activities other than hunting and gathering.

The theory is that when adults started living beyond the bare minimum number of years needed to reproduce and raise children, then the ratio of adults to children tweaked up. When mom was out gathering food with the big kids, grandma could be teaching the little kids a song or a game. When Dad was off hunting, Grandpa might be showing the little boys how to decorate a javelin for maximum magic. 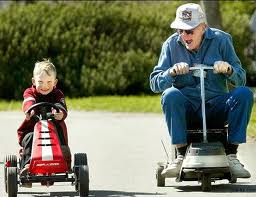 When grandparents were invented, so was leisure time, and thus, so was society beyond the family group, or so goes the theory. The family who had grandparents had a significant advantage over the one that didn’t, and was thus more likely to reproduce those long-lived genes, and compound the advantage.

I like this notion, that an aged population is an asset, and it resonates with my experience. When my daughter was young, she and I would take road trips coast to coast, but I always did the driving, even after she acquired a license.

There came a time after she moved out that she decided to move home to Maryland from Seattle. She threw her stuff in her car and headed east, while I was visiting my parents in San Diego. I was in a panic, to think of my darling child having to drive all that way alone. I dithered, I looked up flights, I considered caravanning with her. 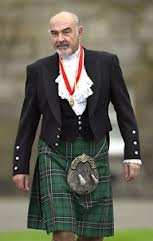 And my dad found it all funny. He pointed out, very gently, “Someday, she’s going to drive cross country without you. This will happen sooner or later, and you can’t stop it.”

As his daughter had driven cross country countless times.

Nobody else could have settled my feathers quite as effectively, but old Stuey has raised seven children, seen a son go off to war, buried a grandchild, watched his children marry and divorce, and seen great-grandchildren come into the world. I could not learn that a parent’s lot is often to trust and pray from anybody else, and thank goodness, he was (and is) around to offer his wisdom.

In foster care court, time after time, it’s the grandparent who steps up to look after the child, the grandparent who speaks the truth when everybody else wants to take an easy dodge. Many elders have a courage the rest of us can only admire, and that’s probably why Percival and Esther Windham show up in every book involving their children.

Was there an older person whose presence steadied you at some point? One whose example or advice stood you in good stead?

To one commenter, I’ll send a signed copy of Lady Eve’s Indiscretion.

58 comments on “The Grandma Theory”