In my romances, part of the gift the hero and heroine often exchange with each other is what I call, turning the telescope around. 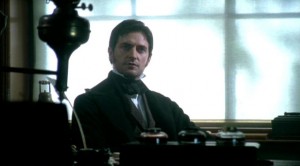 him—is the mark of a man who cares enough for his family to take on endless hours of thankless paperwork.

St. Just hardly notices that Emmie is socially marginalized, he sees her as resourceful and self-sufficient. Emmie sees him not as a twitchy, nervous wreck, but as a war hero painstakingly reclaiming a capacity for tenderheartedness.

Joseph is not put off by Louisa’s brains, he’s enthralled by them, even as he understands her intelligence has made her lonely—as he’s been lonely. 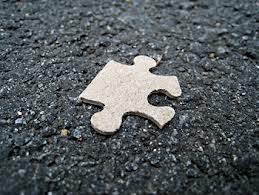 When somebody turns the telescope around on us, we feel bewildered, but also oddly happy to have been wrong about ourselves. They show us where that puzzle piece should go that we were sure was in the wrong box.

I will never, ever forget an exchange with my brother Tom at a family wedding. While Tom can be funny, kind, charming, and wise (Louisa’s book is dedicated to him), as an adolescent, he was often a trial to himself and those around him. That capacity for moodiness and sarcasm hasn’t entirely left him.

I made some comment about being fat (and oh, what I wouldn’t give to be that “fat” now), and he shot back, “You were never fat, you were just big.”

I’m a few inches above average height, (albeit shrinking fast), and I was stacking hay wagons by age thirteen, but big? Then I recalled how often people had thought me older than my sister Maire, who’s two years my senior, though several inches shorter.

The result of this insight was a rush of compassion for my younger self, a realization that I’d struggled possibly with some extra weight, but also with weighty misperceptions of myself that nobody bothered to correct. And I was grateful, too, to know that Tom, for all the nonsense he went through as a teenager, saw me more clearly and more positively than I saw myself.

He turned the telescope around on me, and showed me that what I thought was a weakness, was not a weakness at all.

Those moments are great fun to write, when I can surprise my point-of-view character with how wrong he or she has been in their self-concept. The good news is, they aren’t as dull, awkward, plain, arrogant, rigid (supply pejorative of your choice) as they believed themselves to be. The scary thing is, somebody is watching them intimately, learning their secrets, and paying attention.

And now, you know what I’m going to ask: When did somebody turn the telescope around on you? Because you will recall those moments clearly, down to the angle of the sunlight, or where the salt shaker sat on the picnic table. We’d love to hear about those moments, but we’d also like to hear about when you were able to show somebody that what they thought was a weakness, you didn’t view the same way at all.

Bet you remember that too.