My niece Colleen had a pet rabbit when she was a toddler. I gather he was a buck bunny, substantial for a rabbit, and held himself in excellent esteem. Colleen once stuck her finger through the wire of his cage, and got a nasty bite for her troubles. When she tried to carry the bunny around, he used those powerful back feet to nearly claw through her clothes. He tried to get away–imagine that! 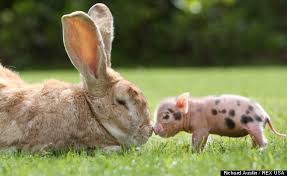 Like all bunnies, this fellow died, and my brother and his wife were concerned about Colleen’s reaction. She’d seemed attached to her bunny, and this was the first pet to buy the farm on her.

She was overjoyed. She could finally, finally carry the dratted rabbit anywhere she pleased, and he wouldn’t wiggle, or bite, or try to run off. She could safely pet him, she could put him down somewhere and he’d stay right there. When she couldn’t find her deceased rabbit the next day (he’d been planted beneath the forsythia hedge), she was quite put out and wanted her parents to get her another dead rabbit. 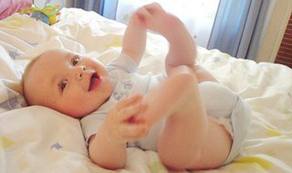 Yesterday, I flew home from San Diego, and found myself aboard a 757 full of screaming babies. Tiny babies, nearly toddling babies, girl babies, boy babies, and that kind of baby we’ll simply call a cute baby. They were all in fine voice, for hundreds of miles at a time.

I love a screaming baby. A baby who screams and carries on at great volume has a sense of his or her own needs, and when they’re not being met. The babies who trouble me are silent, failing to thrive, passive, and ailing. They have fractures nobody is willing to explain, and yet, they try to crawl–without crying. Gimme a healthy little screamer for a seat-mate and I’m OK with that. Dead bunnies are fine, screaming babies are fine.

In these unconventional viewpoints, there’s an awkward grace. Somebody needs to sit next to those budding Caruso’s on the plane, and I’m just the person to do it–cheerfully! And how much better for my niece, that she found something positive about her rabbit’s demise, rather than be afflicted with grief. 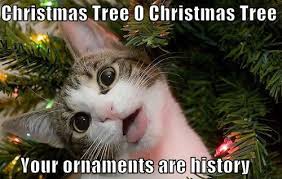 Beneath both unconventional viewpoints lies a shift in frame of reference: I deal in babies who can’t even scream, my niece had been hurt and frustrated by that rabbit. Often, when I’m rolling on a book, it’s because my characters are able to shift each others’ frames of reference, and insight can wedge a boot in a previously locked emotional door.

When did your frame of reference shift, so that what you regarded as a burden became a benefit, or what you or saw as loss became gain? Maybe you shifted perspective about a person or a job, or… yourself.

And Christmas is upon us, so I’m giving away another e-reader of your choice–Kindle, NOOK, or iPad.