We hear a lot about post-traumatic stress disorder, and it’s bad news. Symptoms can range from sleep disturbances to depression to erratic behavior and worse. Awful stuff, 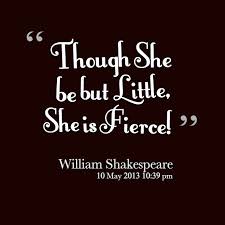 PTSD. I’ve recently turned in the manuscript for The Laird, the third book in the Captive Hearts trilogy coming out this summer, and you’d think the heroine might be a PTSD poster child.

It’s not giving away spoilers to disclose that she suffered ugly trauma in childhood, and yet, she’s a force to be reckoned with when the book opens. She puts me in mind of my sister-in-law’s boss, who was abandoned as a toddler on the streets of Post-war Rome and not found by his surviving family until several later. In 2007, he won the Nobel Prize for Medicine. 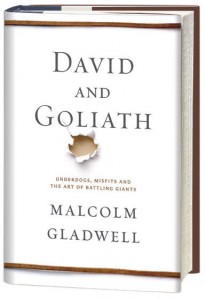 Malcolm Gladwell’s latest book, “David and Goliath,” touches on the same notion from several perspectives. A disproportionate number of renowned scientists have lost a parent in childhood–one of the worst, most disruptive traumas a life can sustain–and yet, these guys and gals became unstoppable professionally.

Similarly, Gladwell recounts how in preparation for WWII, London’s mental health authorities went into a frenzy expanding the resources they thought they’d need to cope with those emotionally traumatized when the bombing started. The Blitz arrived, and all those mental health facilities…. stood empty. Seems that surviving a near miss creates more appreciation for life, more emotional strength, and more determination to carry on in most people. 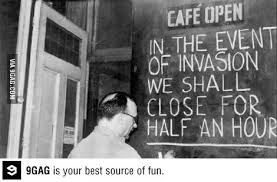 The term coined for these developments is Post Traumatic Growth Syndrome, when Bad Things happen, and the person who survives them ends up not getting back to normal, but arriving at a better normal. Good support networks, a chance to tell the story of the ordeal, and strong spiritual roots all help tilt the scales in favor of victory over trauma.

The one group among the elderly not prone to depression is cancer survivors. They’ve already faced a lot of trauma–mortality, disfigurement, loss of earning ability and 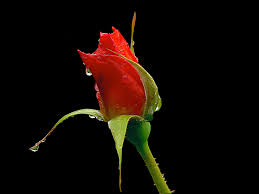 more–and they’ve learned to focus on the positives, and appreciate each day. Families, neighborhoods, and marriages, can share in Post Traumatic Growth Syndrome.

Does this notion surprise you, that really bad stuff can leave you better off than you were before? That the difference between being trapped in trauma or transcending it could be as simple as having good friendships and somebody to listen to you story?

What has moved you past the worst times, or what do you think would have helped? To three commenters, I’ll send print versions of last year’s novellas, The Duke and His Duchess, Morgan and Archer, and Mary Fran and Matthew.

44 comments on “The Good News About Bad News”