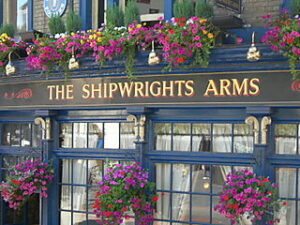 In the bad old days when the British wanted to suppress rebellion in Catholic Ireland, they didn’t forbid attendance at the Mass. They knew what happened during that rite, who would be there, how long it would last, and where people went afterward.

They closed down the pubs instead. 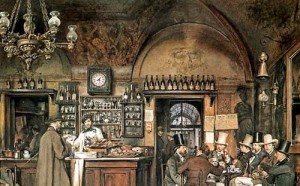 Many sociologists attribute the French Revolution to coffee, not because caffeine turns us into wild-eyed political radicals, but because the coffee houses created a place outside the watchful eye of the monarchy, where ideas could be exchanged, groups assembled, and plans hatched. Coffee houses, clubs, and pubs were thick on the ground in Georgian London, serving the same function in commercial, artistic, political and literary circles. 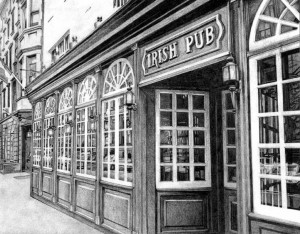 When I was in high school, one of my dad’s graduate students, an Irishmen, commented on how lonely Americans were compared to what he’d seen elsewhere. “You have no third place,” he said. “You have work and home. You try to make church that third place, but it’s church, where you’re supposed to act a certain way, believe certain things, and show up at a certain time. You need a good corner pub in every neighborhood, and you’d solve a lot of your problems.” 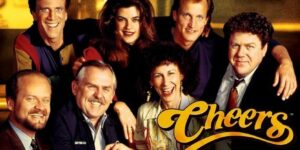 Think of “Cheers,” of the sense of community and acceptance that fueled the show through nearly a decade of silly episodes, and you get his point.

For some that third place is the gym. Crossfit thrives not only because of a different approach to the physiology of fitness, but also due to a different approach to the gym community. For me, for some very tough years, that third place was the horse barn. My routine was built around those three or four mornings a week when I’d schlep an hour to barn. 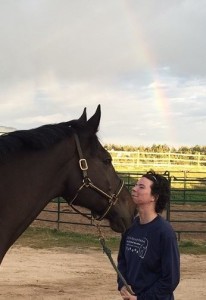 This is where my instructor would start a lot of lessons by asking, “So how’s the writing going?” and a tired, dull, work-oppressed day would turn smile-ly. My ridin’ buddies knew me, and I’m still in touch with the friends I made at that barn.

In any community, there’s a price of admission–buy a pint, keep your fists to yourself. Don’t criticize the gun laws. Bring your knitting, even if you haven’t learned to purl yet. Read the book we’re discussing, or at least pretend you have.

But for that relatively low price of admission, you get in return an open door policy, and often, and open-hearted policy. I can’t help but think if we had more of these third places–away from the pressures of home and work, easy to get to 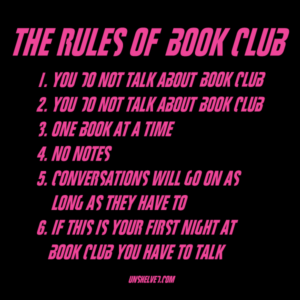 and easy to leave, flexible hours of attendance–we might do better than a 36 percent turnout at the polls, and we might not be so lonely.

Do you have a third place? If you were looking for one, what would make you feel welcome? Have you read any romance novels that have as their series connector, a third place, or experiences shared at at third place?

To one commenter, I’ll send a $50 American Express gift card.