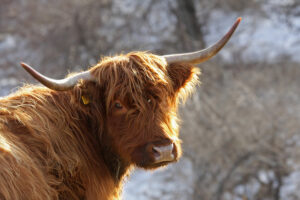 I’m so happy to be here, too! For a little while, I can leave the lawyering on the other side of the ocean (Yippee!), get away from my routines and some of my responsibilities, and go sniffing after new story ideas.

Travel is tiring, but it also wakes me up. Traffic moves in different patterns here, which means even in something as simple 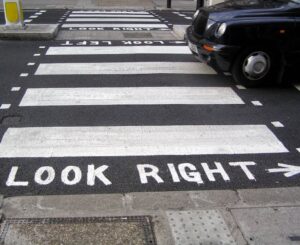 as crossing the street, I have to be alert and look the “wrong” way, lest I get flattened. Because accents are thick and varied (lots of Eastern Europeans working at the hotels in Scotland), I have to listen to everything everybody says more carefully.

What are the rules on the trains for eating and drinking? Where are the handicapped seats and is it OK to sit in them if nobody needs them? Gads, which coin do you need to get into the loo at the 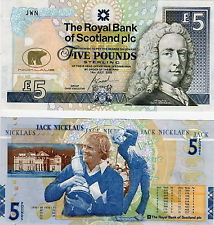 train station? In Heathrow airport, I walked into the mens by accident, because I wan’t paying attention and the signs are different.

Walked out at about Warp seven, though the only guy I’d surprised was laughing at me as I did.

Being away from home gives me a chance to try on some things that aren’t possible at home. Last night I popped up to Dundee from Edinburgh to 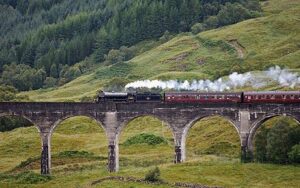 hear a concert. I could go door to door from the hotel to concert hall–more than sixty miles–without sitting butt in automobile. Took the train and walked, which might be part of the explanation for why I see so few obese people here.

And as I stood around on the platform waiting for the train to arrive, I could try on this one too: Nobody here has a 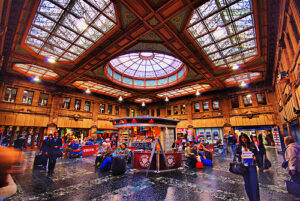 gun they can carry around wherever they please. Nobody. Not the cops (except a few and in extraordinary circumstances), not the robbers. I can be stabbed or clobbered with a tire iron, but not shot, much less shot with a high powered rifle or semi-automatic weapon legally obtained by the owner. Do I feel more safe, or less, and why? Is the sense of community stronger or weaker? Interesting, and nowhere in America could I investigate those same realities. 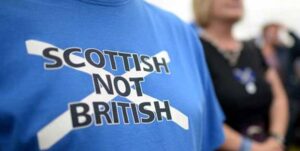 There are problems here. Scotland voted in September by a very narrow margin not to become independent, but the last minute promises made to ensure that outcome haven’t been kept. We hear talk of succession back home, but this was a national referendum that nearly, nearly passed, and probably will pass in the future. 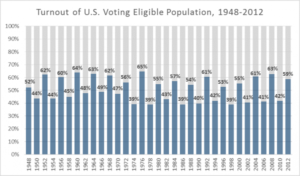 How are the Brits dealing with that discussion? Why is Scotland’s voter turnout nearly 90 percent while we–who have twice the percentage of population living in poverty, far more elderly and children living in poverty, ghastly infant mortality statistics, far worse savings rates, and mediocre-at-best health care (France has the best)–can’t get out half those numbers for our by-elections? What is going on? 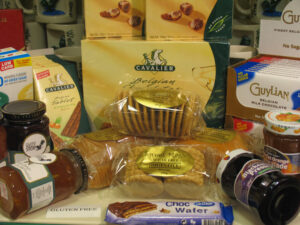 So travel is broadening my horizons, and I’ve barely been here 72 hours. If you could travel anywhere, cost no object, logistics no object, where would you go, and why?

To one traveler–commenter!–I’ll send some Scottish goodies. (Might have to do some comparison shopping first, aye!)

45 comments on “From the Land of What If”