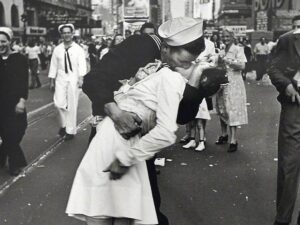 May 17, 2015, marks the 70th anniversary of my parents’ marriage. If you ask my dad about the magic behind this long, mostly happy marriage, he will tell you squarely and emphatically, that my mom is the reason the whole thing stayed between the ditches. Stuey had some luck, landing in the right place at the right time professionally, and he worked hard–he also played hard–but Colleen was the one who decided the marriage was going to live up to its potential 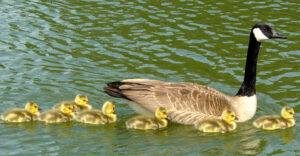 Mom and Dad had the basic old-fashioned deal. He earned the paycheck, she managed the home. This deal still works for a lot of couples, though few of those couples have seven children. After a set of twin boys, and a girl, Mom had a slight gestational hiatus. Dad must have thought three kids was a big enough family, but Mom told him she’d get “fat and civic-minded” if she couldn’t have more kids. 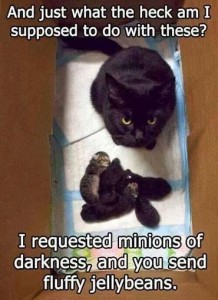 Four more children showed up in eight years, and I think even Mom was a little nonplussed by that abundance. While Stuey was off making big science, going on expeditions into the wilds of British Columbia or out to the Galapagos Islands, Mom was stuck home alone for weeks at a time with uppity teenagers and wild-eyed college students.

And lots of laundry. Merciful powers, did that woman do endless laundry. Laundry EVERY DAY, and this goes back to the days of the old wringer washer, and a triple-rope clothesline in the back yard. Cooking for nine people was no day at the beach either, and yet Mom had a hot meal on the table every night at six. 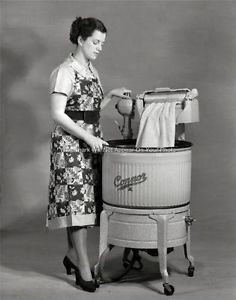 The woman worked her behind off, for decades, and in addition to creating a comfy, pretty home for us, she entertained nearly constantly. No graduate student ever spent a holiday alone far from home, no visiting professor ever wanted for dinner invitations.

As an adult, I can see that in many ways, my Dad was the more dependent spouse, and he will say as much. Mom made the decision, over and over, to be what Dad needed. His gifts were more limited–he was best at being a college professor, and he tried hard to be a good dad. Mom was and is the magic that connects Stuey to a larger circle, that keeps him challenged to be his best self, and whose love has created a setting in which Dad–a shy, retiring, sometimes easily frustrated man–can shine.

What strikes me about their marriage is the degree to which each partner contributed what they could, be it clean laundry, a steady paycheck, a hot meal–along with good faith and acceptance of the other person. And yes, for those who’ve asked, my parents are very definitely the inspiration for Percival and Esther Windham, of course.

If you could choose one couple to feature in a romance novel as the role model for a mature, loving relationship, who would you choose, and why?

23 comments on “A Beautiful Marriage”