Fifteen years ago, I got a master’s degree in conflict. I was one of three North Americans in a cohort of 27 students. These were memorable people, some of whom have since died trying to light candles in the howling darkness of our capacity for hatred and violence.

Conflict work is scary. It can kill you, it can break your heart, but war WILL kill us and break our hearts–also possibly put an end to our troublesome species–unless we find a way out of it. So… 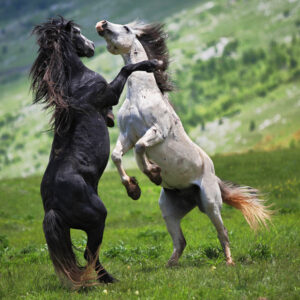 Our professors were amazing people. Some had helped dismantle Apartheid in South Africa. Another had diffused civil war in the Basque region of Spain. A third was instrumental in helping Bolivia rely less on drug money to fuel its economy. They told stories that were curiously devoid of the pronoun “I.” Their stories were “we” stories, or stories about the local leaders who’d taken the initiative to ask for help.

Help was often present in these places in great abundance. War is expensive, and unless you’re an arms dealer, reform and rebuilding are usually the better alternatives. So the PhDs, and missionaries, and non-governmental 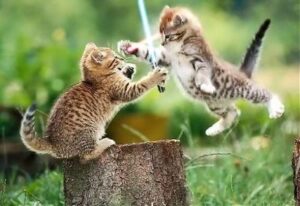 organizations (GMOs), flock to the scene, sprinkling knowledge, grant money, and faith initiatives all over the troubled waters.

Those efforts, we now know, aren’t likely to generate lasting change. Why? Because the best intentions can degenerate into bickering, competition, retribution, and more of the conflict the combatants were invested in for so long. 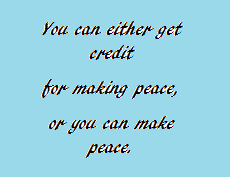 The experienced peacebuilders, whose names will never be known outside the small community of peacebuilders, have learned that when they come into a terrible situation–a city wrecked by riots, a civil war that has killed millions, a nation on the verge of collapse–the first people they have to identify are those few, odd souls who can see what could happen if peace were allowed to take hold. 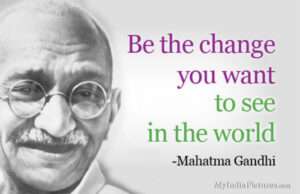 Those people, those crazy, visionary, hopeful, irrational, even stupid people, hold the image of the mountaintop in their hearts, they see the motivation for finding a way forward, even if they can’t see the way itself. The peacebuilder’s first job is to find those people, and give them a place to sing their song, paint their canvas, write their poetry, or tell their stories. They usually are the artists, the writers, the poets, not the academics, the politicians, the religious leaders, or the “experts.” They dwell on the fringes, their vision nurtured in obscurity.

What creates movement in a positive direction isn’t fancy theories or sophisticated science or big money–those can all contribute to change, but they can’t make it last.

Change becomes transformation when passion, hope and love give it wings.

What do you hope for? When you think about your children and grandchildren, what changes do you wish you could make to leave them a better world?