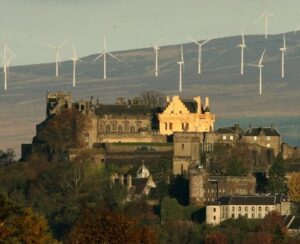 Spending time in Scotland has motivated me to reduce my carbon footprint. The Scots have an energy independence goal date of 2050 and they are ahead of schedule. They’ve already had their first day of meeting the country’s entire energy needs through wind power–the entire country.

My reasons for leaning greener include concern for the planet, and for the long term viability of fossil fuels as an energy source. I’m also worried about what the folks selling that fossil fuel DO with all the revenue flowing to them as a result of the rest of the world’s fossil fuel dependence. 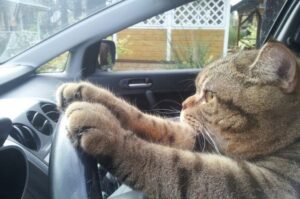 In any case, I’m driving as little as possible, looking into rooftop solar, planning on buying a hybrid next time I get a vehicle, and trying to consolidate trips into the office with at least one other task. My commute, which hasn’t varied for more than twenty years, is more than twenty miles each direction. It adds up. 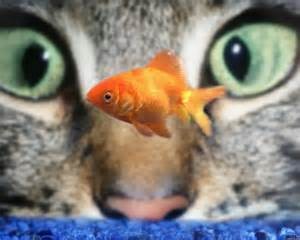 And yet, those twenty miles are mostly country miles. From my house, it’s about seven miles to the first stop light, and on the way to Hagerstown, where my law office is, I hit a grand total of three more stop lights. I’m driving through farmland, over a very familiar route. Lately, I’ve been in the office a lot more (boo), but I noticed something: I daydream on that commute. 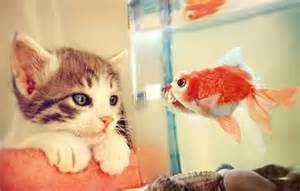 I have a very good driving record (knock wood), and I know the roads inside out, so I don’t think I’m inattentive. It’s just that my drive–especially my drive home–is decompression time. My imagination wanders, and stray thoughts go hopping across my mental screen. What if Napoleon had a half-English daughter? What if Axel Belmont could create a thornless rose? What if Hamish MacHugh, the Scottish meatwagon, loved poetry and was at heart shy and chivalrous? Hey yeah, what if….? 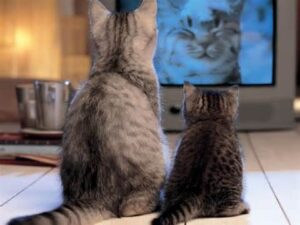 A writer MUST have mental screensaver time like this, or the ideas never germinate. I had not in any regard expected that cutting back time in the office would also result in less time thinking like a writer though. Writers’ loops are full “unintended consequences” discussions about quitting the day job, keeping the day job, going back to the day job, but this isn’t a downside I’ve seen mentioned anywhere.

I know I’ve used my commute to mentally transition between roles, from author to lawyer, lawyer to author, but I’d neglected to account for the benefit to both jobs of 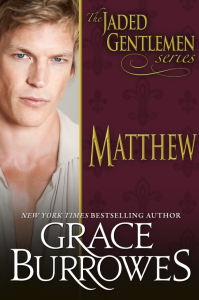 having this mental white space in my day. Driving into the office, I organize the lawyer agenda, puzzle over cases, and twiddle the legal Rubik’s cube in a manner I don’t do any other time.

Dang. I refuse to drive around Western Maryland in my pick up truck just to spin my mental wheels, but I will have to find a way to make the same kind of imaginative breathing room without getting into the truck. Who’d have thought?

Have you ever tried to fix one problem only to create another? Ever been forced to make a change you regarded as problematic, only to experience unexpected benefits? Any ideas for how to fit more daydreaming into my day? To one commenter, I’ll send a signed copy of Matthew–The Jaded Gentlemen, Book II, which hits the shelves on Tuesday!

15 comments on “The Creative Footprint”