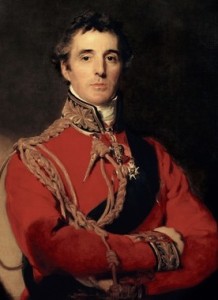 When I read diaries, letters, and memoirs from the Regency period, I’m always struck by how erudite the prose is. Whether it’s a soldier’s memoir from the Napoleonic wars, a woman’s letter to her daughter, or Wellington’s dispatches, they had a thoughtful, articulate, considered turn of phrase–and mind–that I surely do not find in most emails.

I think part of the difference between a Regency essay and the emails I send out by the dozen has to do with the modern brain, or what’s left of it. We pop from answering emails to texting our kids, to consulting the weather app, to taking a call from the vet, to adding pet food to the shopping list on our phone, to resetting our fit bit, to…. We might feel as if we’re being productive and Getting Stuff Done, but the neuro-scientists tell us our frenzy comes at a high price. 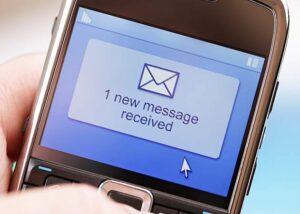 Three quarters of the world has access to a smart phone. This percentage is higher than the number of people who have access to potable water. Phones can make us safer–they function as 911 on the go, 24-7 roadside assistance, flashlights, emergency contact lists when we’re in distress… all good stuff.

But what we call multi-tasking is not good stuff, from a physiological standpoint. To the extent that we’re never safe from our phones, tablets and computers, we’re constantly goosing our levels of adrenaline and cortisol. Our poor brains can’t focus, can’t recall, and are all too easily nudged toward irritability and aggression. When we stare at a screen all day, we don’t sleep as well–more cortisol and adrenalin. 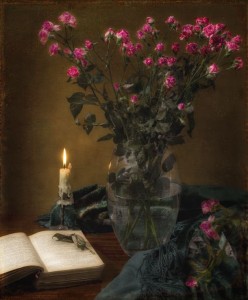 Our grandparents, and my Regency sources, didn’t have these ailments. True, they had tetanus, rabies, cholera, plague, and worse, but their minds enjoyed a kind of health we likely can’t reproduce outside of spiritual retreats. Their mail came once a day, if that. Communication happened most of the time face-to-face. Quiet–dense, deep, quiet–was the norm for most households outside daylight hours. 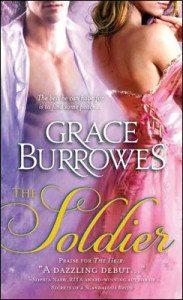 They could focus, on a task, on a question, on the person at the table with them. They could plan their response to any epistle for hours, if not days. They could blow out the candle at night, secure in the knowledge that nobody four time zones away would send a text which–come fire, flood, or famine–the phone will display while it beeps and glows to make sure we give it our attention that very instant.

Where do you find peace and quiet? When do you unplug, or when could you start building some unplugged time into your week?

To one commenter, I’ll send a signed copy of The Soldier, because what Devlin St. Just suffered a result of war–bad sleep, irritability, inability to focus, memory problems–is what too much iTasking can do to us.

31 comments on “Peace and Quiet Wisdom”