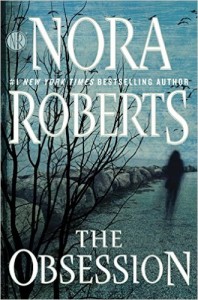 Nora Roberts has had 191 New York Times bestsellers (and counting) among her 214+ published titles. Her books have spent a combined total of more than 200 weeks at the number one slot on the list (nearly four years), and 58 of her books debuted at No. 1. Her April 12 release, The Obsession, had, at last count, more than 1000 five star reviews.

How many of her books have been reviewed by The New York Times book reviews?

Some of this is because book reviews are largely men reviewing the works of men, even though most readers, authors, and publishing industry professionals are women. There’s a glass wall in publishing, albeit things are slowly changing. I don’t think the primary barrier between romance and the rest of the (publishing?) world is about gender, though. Eighteen percent of romance readers are male, and increasingly, men are represented among romance authors, too. 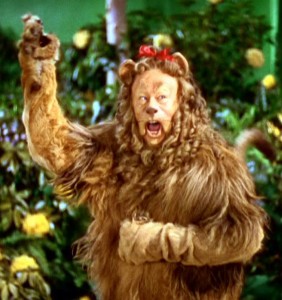 I think the issue is courage. Romance novels are about courage, and about how love gives us the courage to be the best people we can be. Not the richest, not the handsomest, not the smartest, not the most popular, but the most highly evolved–morally and spiritually–that we can be, given our circumstances.

You can have a romance novel without sex, but you can’t bring that story to a satisfying happily ever after, unless somebody has dug down deep for the courage to grow, change, and take risks. Very often, those risks involve rejecting the values society embraces–being nice, playing it safe, remaining loyal to the company, clocking that overtime, maintaining appearances. 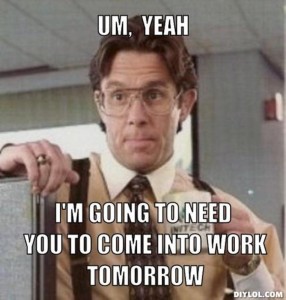 The need to put romance down, and ignore its enormous commercial success (half of all paperback sold are romance), is because romance sends a scary message: You, little old you, are worth fighting for. Your happiness and your wholeness matter. You are worth sticking with. You are beautiful in the ways that count. You make a difference, taking the grandkids to the park, dragging your spouse to counseling, organizing the bake sale, changing your sister’s tire. That stuff matters, a lot.

Not your IQ, your bank account, your six-pack abs, but your heart. 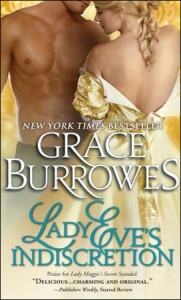 If you derive your sense of self-worth from inside, from being comfortable in your own skin, and living by your own ethical standards, you can’t be bought. You can’t be controlled by criticism or shaming, you can’t be intimidated into putting in a sixty-hour work week. You might work those hours, but you’re doing it for love, not wealth or a corner office.

If you derive your sense of power from money, might, or great looks, then the romance novel’s subtext should threaten you. All the money, outward beauty, and power in the world doesn’t stand indefinitely against love.

That’s what I believe, and that’s why I write romance. Why do you read romance? To one commenter, I’ll send a copy of Lady Eve’s Indiscretion, a story about a woman who tried to hide from love behind a cloak of propriety–and found herself any way.