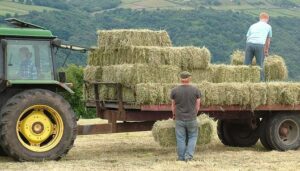 Growing up in central Pennsylvania, I spent a lot of time on my godparents’ farm. I learned the true meaning of the phrase, “Make hay while the sun shines.”

Making hay is brutally intense manual labor. Summertime is hot, of course, and hay is itchy. If you don’t want to get a zillion cuts and scrapes, or a Defcon 5 sunburn, you make hay wearing jeans, boots, gloves, a hat, and a shirt. Making hay wore me out to the point that I fell asleep standing up in the shower. 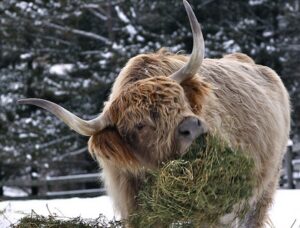 The entire farm’s welfare can rest on whether the hay crop is good quality–which means it absolutely cannot be rained on, and must be cut at peak nutritional value–no matter what. I’ve made hay with a migraine, sick, exhausted, and sporting blisters on my blisters.  Make hay while the sun shines, or else.

BUT, today it got so hot in my little farmhouse that my computer went wonky. So I shut off the wee beast even though I was well short of my usual word count, and… recalled something else I’d come across recently, about procrastination.

Procrastinating is bad, right? Git ‘er done, we’re burning daylight. No time like the present! Never put off until tomorrow what you can do today!  Find me an English language aphorism that celebrates procrastinating and I’ll show you ironic humor.

Except… the English language is wrong. People who are moderate procrastinators are better at coming up with innovative, high quality, results than people who leap right in and get the job done early. There is value in pausing to consider, in allowing the subconscious to take a swat at our assignments, in sitting on a toadstool and watching the world go by even when the laundry hasn’t been folded. (Try telling your boss this.) 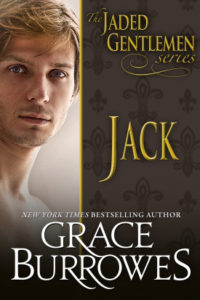 I do a fairly good job of “productively procrastinating” in my writing. I’ve learned that I can’t “make a baby in one month with nine women,” when it comes to writing a book. I have to let the ideas marinate, then let the manuscript marinate. Back-to-back revisions don’t yield anywhere near the polish that the same effort, with breathing room between rounds, will yield, and to heck with the deadlines.

But in life… I’m not as successful at putting off until tomorrow what I might tear into today, just so I can say I got it knocked off the list. What about you? How do you build in time to ponder, or does hitting pause on task drive you nuts? Maybe it drives your boss or coworkers nuts?

To one commenter, I’ll send a signed copy of Jack–The Jaded Gentlemen, Book IV, a story about people who had to wait quite a while for the right happily ever after.