In the time since last I posted in this space, I’ve done a fair amount of traveling, both for business, and for family. Travel, predictably, makes me appreciate home and also gives me time to think. I thought I’d share some reflections by way of a mid-summer check in. 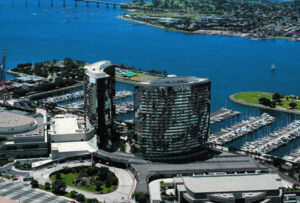 First, I’m so grateful for the gathering in San Diego of the Romance Writers of America. This is one place where to be a woman succeeding in the writing game is normal, and the guys are the others, the exceptions, the odd people out (at least for now). I’m all for equality, but until the happy day when we achieve that milestone, the sheer relief of being in a place owned, operated, and celebrated by the ladies was an eye opener. So this is what normal feels like? It’s pretty sweet. 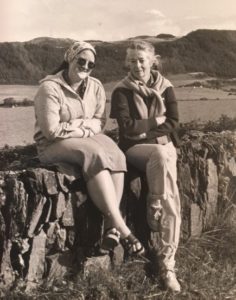 Second, I’m so grateful for family. We gathered this summer to celebrate my mom’s life, and each other, and thus fifty-six people related either to me or connected to somebody I love all got together to laugh, eat, drink, be merry, and mourn. To say good-bye to Mom in Burrowes-style was lovely, and a little less sad for being a shared endeavor.

Third, I’m sad for my father. As a scientist and university professor, my dad often sang the praises of “the life of the mind,” meaning the exercise of intellect. He was never bored, never at a loss for something to study, and his research resulted in substantial contributions to his field. 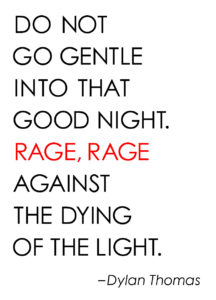 But Dad was wrong. Now that he’s failing, now that he’s medicated for “anxiety,” which I suspect is a euphemism for distracting his in-home care providers from their cell phones, now that he’s feeble, needy, and vulnerable, all that intellectual accomplishment means nothing compared to the constant vigilance of my sisters, who are keeping Dad safe and protecting his quality of life.

Fourth, both of my parents lived into their nineties, so I’m warned: I could have a long twilight to deal with. Seems to me what makes that phase bearable is not good insurance (my dad has great insurance, which pays for almost nothing, because he’s not sick). It’s not a lot of letters after my name or plaques on the wall–Dad had a PhD by age 28, and ye gods, the plaques on his walls…

It’s not wealth. Dad can pay out of pocket (for a while) for people to sit with him (as they stare at their cell phones and resent his restlessness). 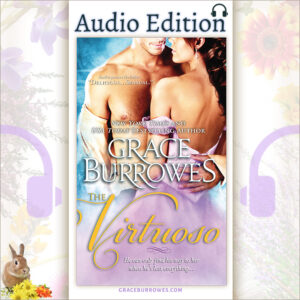 What makes that long, hard end of the road bearable is love, which we can all afford, and all have to give. If my dad had known what his life after age ninety would look like, I wonder what he might have done differently.

What are your thoughts about old age, dying well, or living well? To one commenter, I’ll send ALL THREE Windham audio books, in honor of the upcoming release of The Virtuoso.

30 comments on “We Interrupt this Summer Hiatus to Bring You…”