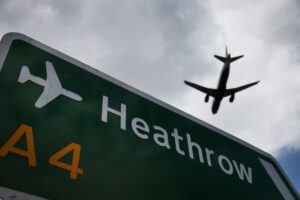 As many of you know, I’ve been off on a mega-frolic for the past couple weeks on the Scotland with Grace 2016 tour. We should have called it the Scotland For Fun tour. I’ve never traveled with such a nice, considerate, convivial group of people.

And yet, all good things must end, so I’m back in the writing chair, moving on to other good things (like revisions for the second Windham Bride, and drafting book three in that series). Getting home from Scotland takes some doing. I hop the train down to London from Edinburgh (400 miles in four hours), then catch a cab out to a hotel at Heathrow Airport, if I’m not up to schlepping luggage via the London underground. 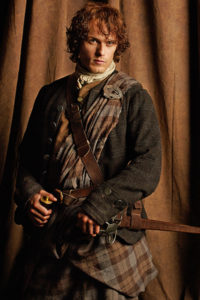 After a night at the Hilton Terminal Four, I toodle over to Terminal Two (Heathrow is about 30,000 acres, and moves 75 million travelers a year), with the suitcase that decided its handle was done extending.

Did the boarding pass thing, and then moved on to the baggage drop. My head at this point is filled with “I am terrified of flying/Be brave, Grace/I don’t wanna be brave/I still have my passport, right?” and other travel-day chatter. The nice guy who’s wrangling the queue at the baggage drop goes down the line checking passports and asking a few questions of each traveler.

He gets to me. “Were you here on business or pleasure?” 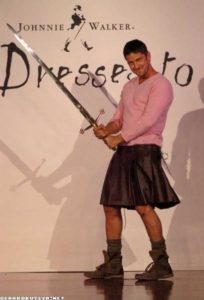 He squints at my passport. “What sort of business?”

“I write romance novels, and I was traveling in Scotland with a group of readers and writers.”

“Who owns the company that produced this tour?”

“I do.” Except I don’t. Beltane Tours did the leg work for the tour. Grace Burrowes Publishing was just color commentary.

“For how long have you owned it?”

“25 years.” Grace Burrowes Publishing is a wholly owned subsidiary of my law office, which I’ve owned since I first dreaded flying.

“Who is the inspiration for your romance novels?”

HUH? The first thing that came to my mind was, “My readers,” but I didn’t think he’d get that. I had the sense he expected me to come back with, “Gerard Butler,” or “Sam Hueghan.”

I don’t even know those guys. This question utterly stumped me. Who inspires me to write? Who believed in me when I didn’t believe in myself? Who saw my potential when I was too busy locating the exits and not losing my passport? 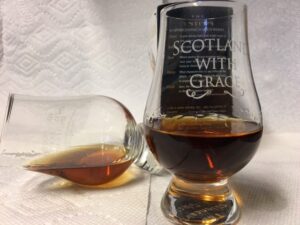 He smiled. “Have a nice flight, and come see us again soon.”

That question stuck with me across the entire ocean. Who inspires me? Who protects my creative flame when the winds are high? Who motivates me to keep going when I’m afraid to fly? Who inspires me? The answer I gave was certainly true–my mom loved me ferociously–but so was the answer I didn’t.

My readers inspire me.

To one reader, I’ll send a pair of engraved Scotland With Grace 2016 Glencairn glasses. You can drink whisky out of them, or use them for vases…