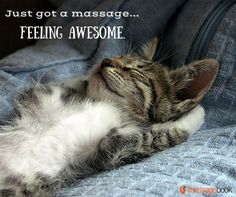 I’ve been rolfed (loved it), and had lots of other body work, and something the rolfer said stuck with me: When pain comes, we almost can’t think of anything else. When pain leaves, we often don’t notice.

I think she was right about minor aches and pains, the stiff shoulder gradually eases, the sore foot is better a week later. I had migraines for years though, and I can assure you, when I woke up on day three, and that sucker was finally crawling back under the rock from whence it came, I noticed. On those rare occasions when I could kick one early with caffeine, I noticed all over the place. 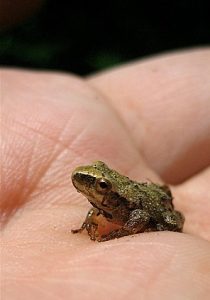 But picking up from last week–what are we looking forward to?–I’m focusing now on what I’m putting behind me. I heard spring peepers last night for the first time, and that reminds me that winter is drifting away. For this year, I’ll soon be done with entire weeks of unrelenting overcast. That weather pattern got so bad in Maryland this year that I bought a DayLight to shine at myself first thing in the day.

I’ve turned in the three books I owe Grand Central publishing–my first New York deal!–and the process has gone well so far. I won’t have to write those books again, and it’s onward and upward to whatever series lies ahead. (Suggestions welcome. I love Percival and Esther to pieces, but haven’t they meddled enough?)

I’ve settled in to the wrap-up phase at my law office. I’ll probably be going to court for another year at least, but the burden will be lighter and lighter, and oh… the stuff I can get rid of. Emotional, physical, logistical. It’s good to be the dowager queen.

I’ve been through the one-year anniversary of my mom’s death, which is a milestone. Life is moving on, and that’s exactly what 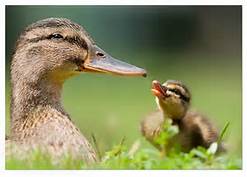 she’d want for me.

I recall a line from Anne Lamott, when she was talking about how to help a friend who was in the absolute Slough of Despond, somebody who’d been overwhelmed for too long, and was too tired to even pitch a hissy fit about the unfairness of it all. (Warning: the context was both political and religious.) For many paragraphs, Anne prosed one about the glories of creation and the wonder of life, and the stages of grieving, but she also noted that sometimes, all you have to offer is…. “Mornings are nice.” 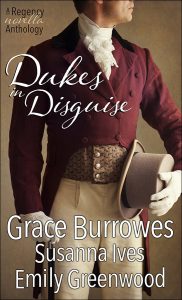 This for me remains mostly true. Mornings are nice. Each day comes around offering some mystery and potential, some joy and some challenge, and that day says hello to me with a morning. The day might also present a lot of drudgery and disappointment, but on first impression, there’s always some potential there too, and if nothing else, another night is behind me.

What have you put behind you? How are your mornings nice? To one commenter, I’ll send a print version of Dukes in Disguise (the ebook version being on sale for $.99!).