I mentioned last week, that if you want to increase the collective IQ of a task-oriented group, then adding smart people won’t accomplish your goal. Adding women will. In fact, if you add people who are smart, but opinionated and domineering, all of those smart people will result in an unproductive group… unless you’re adding smart women. 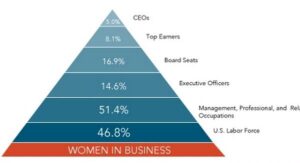 Another study reported in the Harvard Business Review looked at sixteen leadership traits across 7,280 “business leaders.” For twelve out of sixteen characteristics, the women leaders out-performed the men, and in two–taking initiative, and driving for results–women out-scored men by the widest margin. 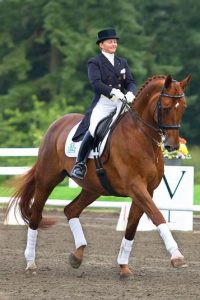 Now here (coming up soon) is the punchline: I’ve served on a mostly-female board, for a volunteer riding organization that had hundreds of members. I’ve served on a board of mostly guys for a church of nearly the same size. The riding board out-performed the church board by leaps and one-tempis.

I could go on, but the point is, when my riding board got an award for being highly effective, I shrugged, and thought, “Well, we’re a pretty go-ahead kinda group.” With the church board, I also shrugged, and thought, “I guess this is why my denomination does so much ‘church-planting.’ It’s easier to start your own group than resolve differences within the congregation.”

I never, not once, thought: Maybe women are better at management, leadership, and getting stuff done on behalf of an organization than men are. I thought my riding group was just a fluke. I thought the 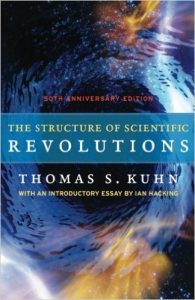 bogged-down, talk-in-circles church group was normal. The most effective group I’ve EVER come across is the Romance Writers of America, which is comprised largely of smart women. Just another fluke?

One of my all-time favorite books is The Structure of Scientific Revolutions, by Thomas Kuhn. The premise of this very readable little book–backed up by many examples–is that as a society, we see the new truth only when the cost of supporting the prevailing falsehood gets just too ridiculous. All the data in the world, all the studies and experiments, won’t get an idea accepted until the cost of hanging on to the old dogma grows too high.

I hope, when it comes to racial, ethnic, and gender 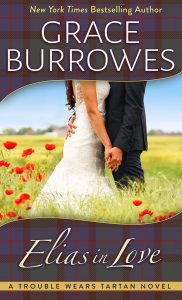 diversity, we’ve reached that point. I hope the next time I see a diverse group, or a group of women, making something happen despite many challenges, I won’t think, “Well, must be another fluke.”

To one commenter, I’ll send a copy of The Structure… well, how ’bout not. How about I send a copy of Elias in Love? When have you doubted your own experience, only to realize in hindsight that you were right, it wasn’t a fluke, and you’re still right?