In my travels this week, I came across the concept of a ‘stopping cue.’ These are the zillion tiny signals dotting our lives that tell us to end an activity. Way back when, the five o’clock whistle would blow, and we’d down tools and head home.  The sun would set, we’d go to bed.

In print books, you have scene and chapter breaks, and at the very end you get those Dear Reader letters from your truly, but then… the book is over with. Time to let the dog out for last call and go to sleep.

A stopping cue is a big help in regulating health and well being, because it becomes something we don’t have think about, like stop signs. You see that red octagon with four white letters in the middle, and in very short order, you don’t have think, “Oh, time to bring the car to a complete cessation of motion.” Your foot just moves from the gas to the brake, while you keep impressing the world with your roadtrip karaoke, musical 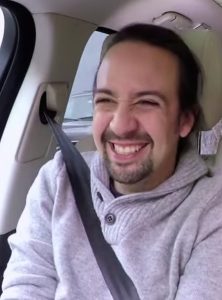 genius that you are.

When our stopping cues are gone, we have to use a lot more energy and focus to remain oriented and self-regulated, like trying to diet in the midst of multiple smorgasbords filled with favorite recipes.

In one area of life, there has been a concerted effort to remove stopping cues, and that’s on our screens. We can now “binge watch” entire seasons of television shows at once. Social media will dazzle our wondering eyes with a bottomless sea of personal content, camouflaging the fact that we’re really staring at a tabloid shopper. The news cycle is now 24 hours, and all of it sticky with anxiety-producing negativity. You can play Minesweeper until your arm falls off, not just 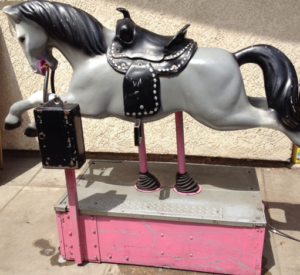 until the quarter runs out.

As I look at the approaching new year, I already know I want to pay more attention to stopping cues, and to protecting the ones I have. There are places I won’t be taking my iPhone (like the dinner table), days I won’t be on social media (aiming for two a week), and times I won’t be scrolling email (outside business hours). I suspect at first, rebuilding some of these boundaries will be hard, but I grew up without any social media, and calling during the dinner hour has always been considered rude. 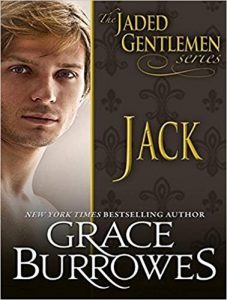 Have you felt an erosion of stopping cues in your life? Have you built any into your day or your week? What did you used to do with your personal time, before screens became our default mode?

I’m sending out three give-aways this week, because our list last week was so impressive: an audio recording of Jack: The Jaded Gentleman Book IV, a glittery amaryllis from Hirt’s Nursery, and a pound of Mary See’s dark chocolate marzipan.