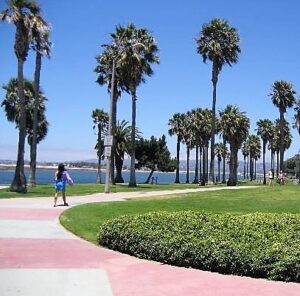 Later in life, my mom lost most of her sight and most of her hearing. That was not fun, but it inspired her to continue her four-mile daily walks as long as she could, because her gross motor skills remained in good shape well into her eighties. If she’d kept more vision and hearing, she might have neglected her walks (and the low-impact socialization they offered, and the great supply of Vitamin D) for the sedentary and solitary pleasures of reading or watching her beloved Padres baseball team.

She could tell in the opening games of the season which pitchers and batters were likely to have a good year, which ones weren’t coming out strong. How? She couldn’t hear the blah-blah-bah commentary, she couldn’t see the stats at the bottom of the big hi-def 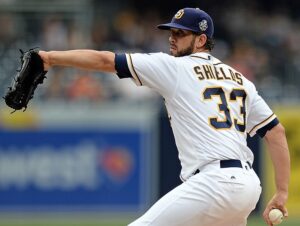 screen. All she could evaluate were the player’s game, his body language, his physical attitude. From diminished faculties, she became more astute, and held onto mobility much longer than many of her peers.

This concept of turning defeat into victory is a common theme in romance novels. I’m reading The Sins of Lord Lockwood by Meredith Duran (and loving every page). Lockwood begins the story as an impoverished, charming, bon vivant earl, though we learn he’s determined to marry for money because hundreds of employees and tenants are depending on him to rescue the earldom’s finances. 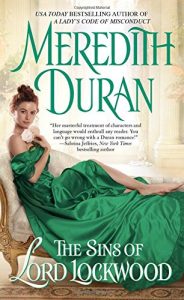 After a time, Lockwood reappears as a man who has endured brutal, prolonged trauma about which his wealthy wife knows nothing. He still looks like the charming earl, but inside, he’s coping with a heap of PTSD, shame, bewilderment… He needs everything–the charm, the humor, the toughness, the courage–to earn his happily ever after with Anna. Though he’d rather cling to either bitterness or denial, he instead finds a new way forward that neither the bon vivant nor the survivor could have envisioned.

One of the child-welfare professionals I respect the most wanted very much to be a dad, but never became one. This is not a perspective we hear much about–a man bereaved by childlessness–but I’ve never met a clinician with more heart for children, and more determination to have a positive impact on behalf of children.

I see a confluence of two factors in these very admirable characters and people who can make lemonade out of lemons. First, they are determined. Mom couldn’t hear the baseball games, but if she tilted her head at a certain angle, she could see a lot of the 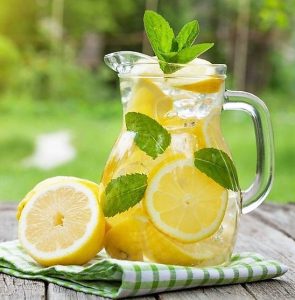 action. She got really, really good at analyzing what she saw.

Second, they are creative. My childless friend is the only PhD social worker I know, and in fact heads up an academic social work department. He doesn’t have children, but he has mentored hundreds of child welfare social workers instead.

I want to be determined and creative in the face of life’s lemons, and I want those kinds of people around me when the going gets tough, which it often does. Have you noticed somebody mixing up a tasty batch of lemonade? Have you had to brew any yourself? To one commenter, I’ll send a copy of The Sins of Lord Lockwood.

17 comments on “A Thirst for Lemonade”