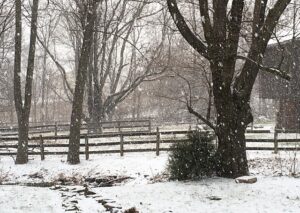 This thou perceiv’st, which makes thy love more strong,
To love well that which thou must leave ere long. (Shakespeare Sonnet 73)

The primary reason I’ve remained in Maryland for the past thirty-plus years is that I’m admitted to the practice of law only in Maryland. I’ve never sat for any other bars, never had a need to. But I also know that I tend to attach to places rather than to people. My mom had to move around a lot growing up during the Depression. She and my dad raised all seven children without once changing our address. I raised my daughter a 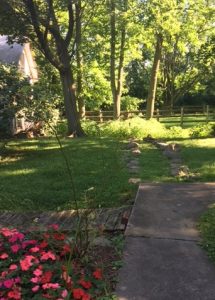 mere four-hour drive from where I grew up, and she too, knew only one childhood home.

That daughter, though, has fallen in love with Oregon. As luck would have it, Baby Brother is tired of Montana winters, and thinking of moving to Oregon. He’s a master carpenter and sometimes general contractor, and we got to talking about my house. Every major system in this house–plumbing, heating, electric, windows–needs attention, despite regular maintenance over the years.

So I took pictures to try to explain to my brother some of the projects I’m facing here, and a funny thing happened when I saw my house in photographs. Yes, the floor needs refinishing, but that is the original tongue-and-groove yellow pine floor laid down by somebody who was probably born when King George III was still on the throne. That wall of exposed logs is American Chestnut, and we aren’t making any more of those since the Chestnut Blight came through a hundred years ago and wiped 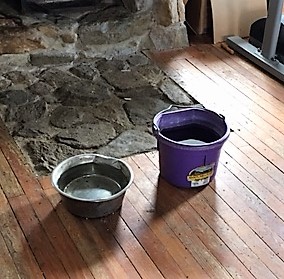 I started scrolling back through my pictures, and instead of a tired little homestead, I saw beauty. I even saw splendor, and peace. I saw thousands of flowers down through the years, some dear old horses, and more cats than I can count. I saw a little girl who was mostly happy here, and a Mom was mostly happy too.

My brother’s advice was to move on. To leave the fixer-upper phase to somebody with the skills to tackle it.  But how can I leave this home that has sheltered me through so much? This little house where I’ve written so many books, where I’ve retreated from a hard, tiring world to the one place that is mine to make as I please? This has been the very best home for me, for these thirty years. 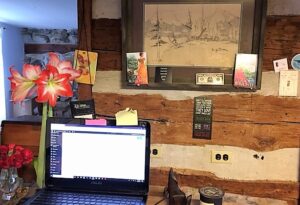 I’m going to fix the house up, both because I want a decent place to live for the foreseeable future, but also because when the time comes that it’s no longer the best home for me, I want to hand this property on to somebody who will fall in love with it as I have.

When you’ve faced a major transition, a move, a job change, a marital upheaval, what steps do you take to keep your balance amid the change and amid the emotions change engenders? To one commenter, I’ll send a signed quartet of the Windham Brides books.

36 comments on “The Good-bye Gaze”