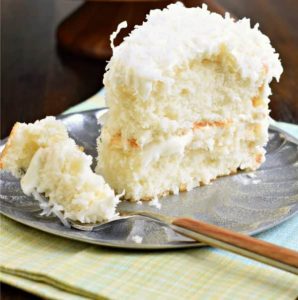 Easter weekend, I wanted to post my mom’s Easter cake recipe on Facebook. The cake is coconut, angel food cake, some sort of custard… utterly yummy. I haven’t made it for decades, so I rifled my recipe box, hoping to find it. No such luck, but I did find something else I’d been searching for.

My mom bought me a horse when I was twelve–a grand, Thelwell slug of a beast, whom I loved dearly. We kept him on my godparents’ farm, way down the valley, and for several years, I got to spend most weekends and summers on his back (and my godparents’ couch). The oldest daughter in that family was a year my senior, and we were great friends. We rode together, made hay, played piano duets. I’ve never had many friends, but the friends I have are good friends. Jeanne was a very good friend. 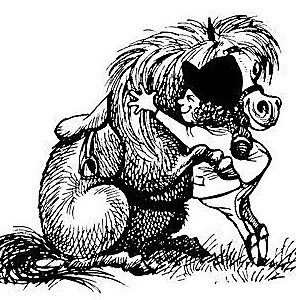 Way led onto way, though, and we lost touch. Our parents are no longer extant, decades have gone by, and I know at some point, Jeanne married. I couldn’t recall her married name. Couldn’t recall where she’d moved to, couldn’t find any thread to follow back to re-establish the connection.

Except… in the recipe box, where the Easter cake recipe should have been was a scrap of paper with Jeanne’s married name on it. I looked her up on Facebook, and lo, we’re back in touch.

Finding an old friend is wonderful, and this is the second person from my distant past whom I’ve found on FB. Generally, I’ve been furious with FB in recent months. The whole notion of selling our privacy to the highest bidder and obscuring those transactions, policing the third party apps inadequately, allowing leaks that are only disclosed under political pressure…. because profit is mightier than privacy? GRRRR.

But then… FB helped me find two old friends. FB isn’t all bad. Maybe we can keep the good and have less of the bad?

This week, I also took a roadtrip down to eastern Tennessee, where I was privileged to participate in a terrific writing seminar. I love me a roadtrip, I do not love me paying taxes every April. The whole way to this gathering, though, I was rolling along on interstates. I was delighting in the flower plantings that are starting to bloom along the roadways, I was pleased to see several bridges getting new decking. None of that would be possible, except that thee and me pay our fair share. 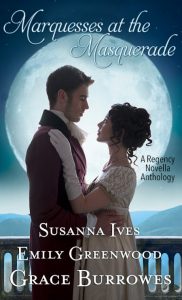 In a climate where we’re encouraged to be polarized, divided, and close-minded, I am pondering the benefits of ambiguity. At some point in recent years, an assumption has trickled into my thinking–that I must decide whether everything is either all bad or all good–and those are my only options.

Can you give a grudging nod to some benefit from paying taxes? To Facebook? To any generally irksome aspect of life that nonetheless isn’t all bad? To one commenter, I’ll send a copy of Marquesses at the Masquerade–c’mon Tuesday!

20 comments on “Tell Me Something Good”