I don’t like to weed. The work is often hot and buggy, and though I have seen only two snakes in my 25 years on this property, one of those snakes was a freight train of a serpent, and not inclined to heed any suggestions from me. Then there’s poison ivy, ticks (I already have Lyme disease), and worms. I am deathly–irrationally–afraid of earth worms.

But there is no point planting flowers in this part of Maryland unless weeding will follow. So I weed. I never plan to weed, though. I make a vague observation as I’m walking out to the car in the morning. “Yikes, that burdock has developed ambitions in the direction of world domination! 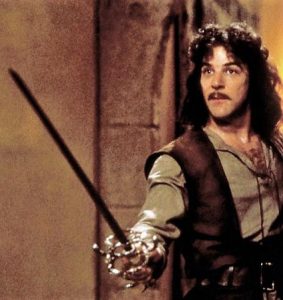 Somebody should do something about it.”

Coming home from work, I will nod to the burdock. “My name is Inigo Montoya. You are choking my pansies. Prepare to die.”

The next morning, I’ll yank a few leaves as I’m taking out the trash. When I get the mail, I wreak a little more destruction. I never put weeding on my to do list  (which is also a vague notion never written down), but by the end of the weekend, I’ve usually “gotten after” a few beds, one swipe or swat at a time.

This is how I deal best with the things that don’t give me joy but must be done. I come at them sideways, in little bites, and try never to put them at the beginning or end of the day in any quantity. Same with office tasks like payroll (hates me some payroll filings), 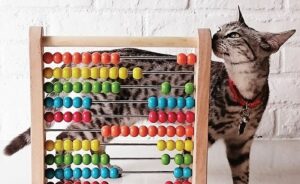 Deadlines attach to these tasks–let the weeds go too long, and no flowerbed. Miss the payroll filings, and penalties and interest can be yours to pay. I don’t focus on that. I focus on five-minute-resets (housework), casual weeding (yardwork), and “just do one bank statement before lunch,” (office work).

And I get a heck of a lot done, on my time, when I’m in the mood. I’m convinced that this approach to working–on the worker’s terms, for the most part–is far more efficient than the boss’s to-do list, the scheduled meetings, and the time clock. Some organizations and tasks need all that. I am endlessly grateful to have found livelihoods that allow me a lot of worker autonomy. 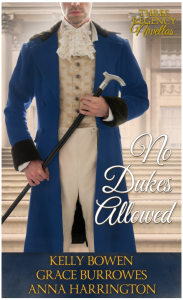 I’m approaching a Results Only Work Environment (ROWE), which is well suited to an artisan’s job. It’s also the way most of the world worked prior to the industrial revolution. As long as I make my deadlines, the rest is up to me. Not everybody will work well without external structure, but then, I don’t work well WITH externally imposed structure (a tendency called presenteeism. I’m there, but not hitting on all eight cylinders).

For a person like me, having a time clock, dress code, and SMART goals wrecks my productivity and creativity. For others, those strategies are the sina qua non of a productive day.

Where do you fall, or do you wear different hats for different roles? If you could change one thing about your jobs or responsibilities, what would it be? To one commenter, I’ll send a print copy of No Dukes Allowed (c’mon May 15!)