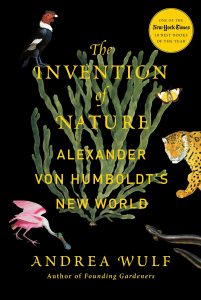 In the bathroom, I hang out with Alexander von Humboldt, of Humboldt Current fame, and he’s currently spending the summer with Kant, Goethe, Schiller, and I forget who else. They talk about Everything far into the night while Napoleon begins his twenty-year rampage of violence across the Europe. In another eighty pages or so, the intrepid explorer and I will climb Mount Chimborazo in Ecuador, and then we’ll pay a call on Thomas Jefferson.

Von Humboldt really, truly, did rub shoulders with all those luminaries, and impressed every one of them. By the year 1800, he’d predicted human-induced climate change. This guy was amazing, and you can read all about him in The Invention of Nature. 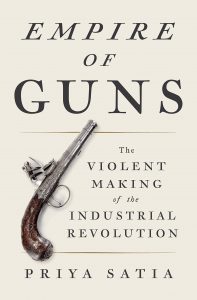 On the tread desk, I’m gorging on Empire of Guns, a frighteningly convincing look at how violence fueled the Industrial Revolution. We focus on all the inventions and the progress when learning about the Industrial Revolution, but change the perspective a bit, and ye gods, all the wars… the huge, expensive, deadly wars, and the technological advances they engendered. That book is going to take me a while.

Because war and politics aren’t exactly light fare, I’m also scarfing up In Search of Sir Thomas Browne–The Life and Afterlife of the Seventeenth Century’s Most Inquiring Mind. I’d never heard of this guy, but he invented the words electricity, hallucination, and suicide, to name a few among the hundreds of terms he introduced into English. Sir Thomas and I must become better acquainted. Where has he been all my life? 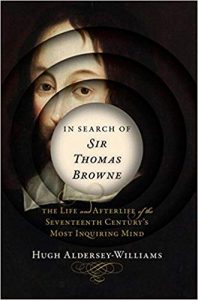 I know where Sir Thomas has been. He, like the expedition von Humboldt led up Mount Chimborazo, have been waiting for me to ditch the lawyer gig. They have been patiently holding their horses until I had the time and energy to wander in a bookstore for an hour–a whole hour!–picking up whatever I pleased to investigate and purchasing whatever I chose to read.

I write books. I know how wonderful they are, but I’d forgotten what it’s like to have the time to read as I pleased, not only as I should. I’m still browsing a couple of writing craft books, I still need some historical mystery to fall asleep to, but to have good books weaving themselves into my whole day is the best summer camp ever.

What would your best summer camp ever look like? To one commenter, I’ll send a $50 Barnes and Noble gift card.