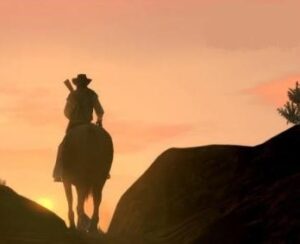 In many good novels, there comes a point where the protagonist (hero/heroine) has been battling heavy odds, facing setback after setback, though all hope is not quite lost… until the author takes away the one other character who has been faithful no matter what. The lover, mentor, sidekick, cheerleader, beta hero… they are either killed off (I would never…), they desert the cause, they are captured by the forces of darkness, or they reach the limit of their patience with the protagonist.

Why do authors doooooo this? 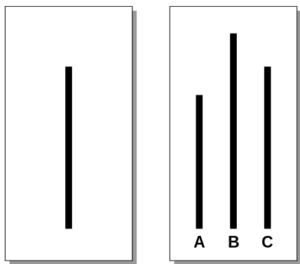 Authors have their reasons. It turns out that if we have even one ally, one person telling us we’re not crazy, we can stand firm in the midst of a horde of doubters and detractors. A psychologist by the name of Solomon Asch figured out a way to test how powerfully social pressure works to create conformity.  He sat twelve people in a room and set up a bunch of comparisons like the one at the right, showing four bars. The question was, which of the three bars at the right is the same length as the bar on the left.

The correct answer in the example is C, and 95 percent of us can do this test, example after example, and get the right answer every time–if we’re answering in writing, individually. Asch took things a step further. He had the twelve participants answer out loud, one at a time, and stacked the room with shills so that by arrangement, subjects one through eleven gave the same wrong answer two thirds of the time. The independent variable was subject number twelve, who didn’t know the whole thing was a set up. 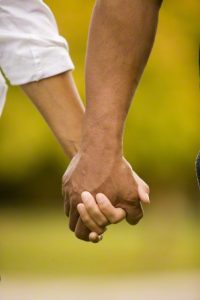 Seventy-five percent of the participants caved to a blatantly wrong answer at least a third of the time, if the group was against them. When Asch debriefed his subjects, they gave explanations such as, “I wondered what was wrong with me… I knew something was off… The choices were difficult…” [They weren’t.] In a neutral laboratory experiment, with no consequences whatsoever for voting against the group, most people caved at least every third try. Everybody also underestimated how often they had caved.

But–and this is a big but–if even one person shares our position and is willing to say as much, we stick to the evidence of our individual perception.

This explains part of the high stakes in a romance. The protagonists are asking each other, “Will you be the one person who tells me I’m not crazy, when my entire  family/town/upbringing/society is against me? Will you help me hang onto the parts of 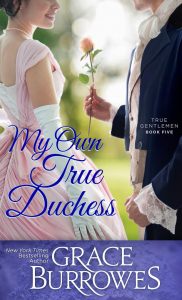 me that see clearly and speak honestly?” This is part of what’s lost when the big, black moment threatens to end the whole relationship.

That’s psychological life-or-death stuff, and it resonates with people who’ve been ostracized, ridiculed, or held in contempt for defending a personal truth. So the next time somebody is blathering about romance novels being fluffy reading, you just explain Solomon Asch’s experiment to them. Romance is the very stuff of truth, honesty, and courage. Doesn’t get any less fluffy than that.

To one commenter I’ll send a signed copy of My Own True Duchess. Who stands by you when you’re going against the crowd? Who has stood by you? Was there a time when you had to stand alone?