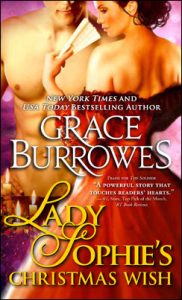 I have written many Christmas stories, and they remain among my readers’ favorites. I suspect this is not because Christmas is such a wonderful time of year, full of love and laughter, though it can be. I think the Christmas romance resonates with many because Yuletide is such a hard time of year, lonely, bleak, and overwhelming.

When Lady Sophie wants some solitude at the holidays rather than more time around her huge, happy, happily-married family, readers get that.

When Lady Joan views the holidays with a gimlet-eyed determination to uphold propriety and the expectations her family has of her, readers know where she’s coming from.

When Lady Jenny gets through the holidays with a silent promise to herself that she’ll  get the heck out of Dodge in January, and finally embark on the pursuit of her own 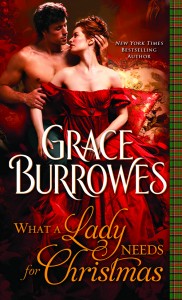 agenda, readers don’t judge her for that.

When I was doing foster care lawyering, I knew that without fail, the week between Christmas and New Years would see two kinds of hearings. First, we’d get “disrupted placements,” meaning foster parents or relatives who’d taken in a difficult kid would give up on that kid. Second, we’d get “drive by” Child In Need of Assistance cases, meaning care providers–girlfriends, grandparents, even single parents–would simply drop the kids off in the lobby of the Social Services building with a hearty, “I can’t handle this,” and ride into the sunset.

Christmas Eve is the second-most domestically violent night of the year (after Super Bowl Sunday in the city that wins). New Year’s Day is the annual high point for car theft (talk about an un-designated driver). Alcohol has 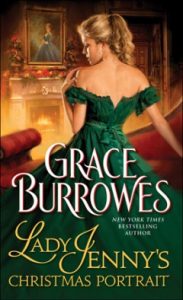 something to do with these wrong turns, as does stress, disrupted routines, dark skies (in the Northern hemisphere), and pressure to socialize and be generous.

I recall vividly being eight months pregnant one Christmas, unmarried and expecting a child I had not planned. I was still morning sick, which made shoveling a foot of snow off my truck just ever so much fun. I was also living alone and broke (had to move out before a lease was up, because no children allowed–cha-ching!). I knew that if I didn’t get the crib, changing table, and rocker assembled over the holiday break, I’d likely not have another time to do it and for some reason, I was supposed care about that. (I got it done.)

That was a miserable Christmas, made even worse by all the people who gushed to me about how “special” it must be to be expecting over the holidays…

So I approach the holidays with an eye toward the people for whom it’s not an easy time of year. I give to charities aimed at helping families in my area–assistance with the 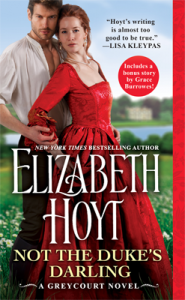 electric bill, donations to food pantries, aid for families with somebody in the pokey. I try to keep mostly to my routine, I really try to watch what I eat because sugar highs and lows don’t help anything. (But the occasional homemade cookie is lovely). I keep good books around me, and watch “It’s a Wonderful Life,” “Rudolph,” and “Pretty Woman.”

In other words, Christmas is in some regards, just another lovely day, and that works for me. What works for you?

51 comments on “Grace the Grinch”