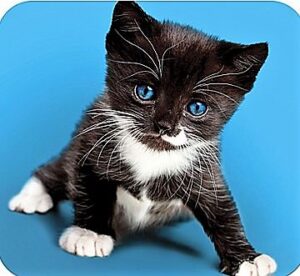 I saw a social media post this week by an author friend who said that since turning fifty, she’s become “invisible.”  In retail situations, she can’t get good service, and when she does manage to get the attention of a store clerk or customer service rep, she’s talked “at,” not listened to. Men interrupt her more, when they even speak to her, and automotive techs talk to her like she’s an idiot.

The comments were interesting. Some women said it was a relief to be invisible, to finally be able to go through life without having to ignore pick up lines (and without hinting they might be offensive), without dressing to impress (but not flirt), without worrying constantly about both rape and robbery.  Another lady’s observation was, “If they can’t see us, they will underestimate us, and that’s when we do 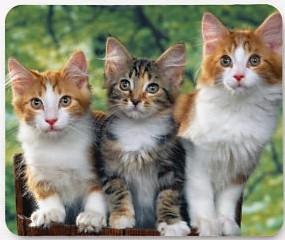 There wasn’t a single comment along the lines of, “Don’t be silly. Nobody treats you any differently just because you’ve gone gray and a little wrinkly.” And out of dozens of comments, only one guy contributed to the discussion.

I have to agree that I’ve been treated differently as my appearance has aged, at least by some of the people some of the time. One of my micro-joys is my mouse pad, which has–wait for it–a fluffy kitten on it! When I was in the Apple store to purchase a very expensive Mac, I asked the sales guy, “Where are the mouse pads? I delight in having mouse pads that make me happy.” 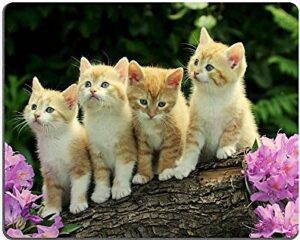 He looked at me as if I’d slipped in an arcane French phrase or two. “Nobody uses mouse pads anymore. ” The logic there was simple: No person uses a mouse pad. I use a mouse pad. Therefore, I am not a person. Now, in fairness to this horrendously overworked, under-trained, underpaid, young fellow, he might have offered that same reply to a thirty-something who asked about mouse pads, but probably not. In the thirty-something, needing a mouse pad would have been a quaint quirk. In the fifty-something, it’s an antique and un-charming whine. 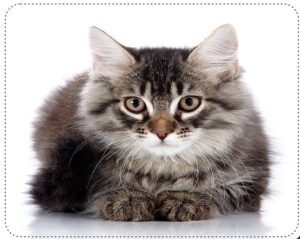 I like the invisibility I have now much more than the invisibility I put up with as a younger, prettier, less self-assured woman. I have a clearer sense of my own depths and dimensions, I’m not reacting to cultural expectations as readily or as often. I am real and visible to myself in ways I wasn’t earlier in life. So if I must be invisible, this version of obscurity is the one I prefer… but that’s a big if, isn’t it?

What about you? Has the passage of time or have changes in your appearance resulted in people treating you differently? Are any of those changes for the better?

To one commenter, I will send a $50 VISA gift card.

48 comments on “The Invisible Woman”