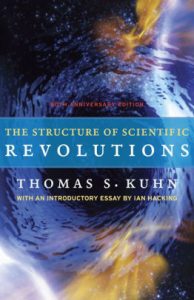 Once upon a time, I decided to get a master’s degree in conflict transformation from Eastern Mennonite University. The work is meaningful and there’s plenty of it, so why not? I ended up in a cohort of about 25 students, only three of us from North America, and that in itself was an education.

One of the classes I had to take was a graduate seminar on The Literature of Conflict Transformation. Sounds dull! Litty-chure and I are not on the best of terms–where’s the happily ever after?–and the reading list was several dozen hefty titles. To chomp through it, we would have been reading a big book every three days or so.

The prof had other ideas.

He told us we should at some point read the whole list, but he asked each one of us to choose three books we wanted to report on to the whole class. Each week we would cover three or four books in a two-hour round-table discussion. The professor himself

Then the fun began. The entire class was composed of people who either had experience or aspired to become experienced, at handling difficult conversations. These were world class listeners, with big hearts, great humor, tons of creativity, and tremendous passion for their causes. The Muslim professor and the Hindu social worker debated the further use of non-violent protest in India. The Palestinian Christian raised in the camps and the Israeli journalist debated the road to peace in the Middle East. The middle-aged pastor and the twenty-something prison reformer went after stabilizing 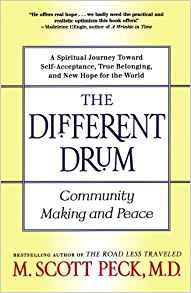 If ever voices should have been raised and angry words flung, these were the topics likely to provoke that behavior.

It never happened. With thirteen other people intent on keeping all exchanges constructive and civil, any two students in the class could tackle a tough topic and know the backup team would dive in to correct over-steering. This wasn’t tone policing, it was re-framing, storytelling, personal sharing, and questioning in such a way that nobody was disrespected, and no topic was off limits. We laughed a lot, we cried some, we sat in silence from time to time. We learned lessons more precious than I can convey, and–oh, by the way–we familiarized ourselves with the conflict transformation canon as it existed at the time. 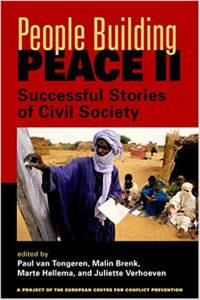 Nobody wanted the class to end.

Scott Peck, of ye old The Road Less Traveled fame, would say we stumbled upon an experience of true community, and he’d be right. The professor was brilliant, the class was brilliant, and we are ALL brilliant, given the right support and healthy processes through which to express ourselves.

Was there ever a class, a book group, a church retreat, a lunch bunch that you didn’t want to end? What made it special? To one commenter, I’ll send a $50 gift e-card.

16 comments on “What I Learned at Summer Camp”