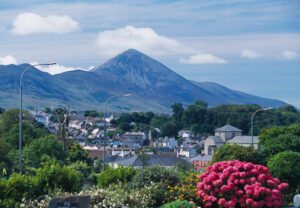 Apologies for skipping last week’s blog post. I was caught between jet-lag and travel-logistics, having just flown into Ireland. WHAT a beautiful country, so beautiful in fact, that I remarked to a local that I didn’t think I’d seen a single piece of litter outside of a major city.

There’s a reason for that! A reason why billboards are mightily discouraged, why flowers are on abundant display, and why the beaches are immaculate. Some bright soul took the basic Irish penchant for tidiness and launched the Tidy Town competition. This contest is divided into nine divisions based on the size of the competing entity (small village, medium city, and so forth), and the rules go like this: 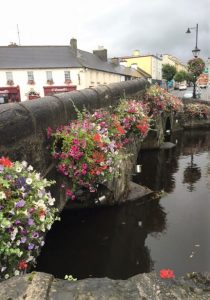 Each town takes on its eyesores, civic problems, and social shortcomings as best it can with a combination of volunteer, donated, and municipal resources. If somebody’s shed is doing the Big Oggly right by the road, the hardware store might donate the material for a new roof, the garden center might spring for window boxes and flowers, and a dozen pensioners and teens might provide the labor to turn the eyesore into a quaint rural fixture such as postcards are made of.

The prize for winning a tidy town award is a chunk of cash, and part of the submission is a plan for what the town will do with that money. One place might need a tot lot, another might propose (and did propose) to change EVERYBODY’s lighting–public and private–to LED, thus saving money in the long term and benefiting the environment. 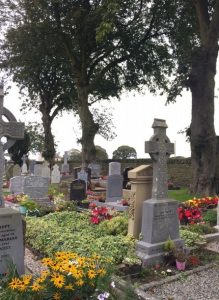 The contest is judged by trained volunteers who pop in on each contestant several times a year unannounced, and the consolation prize for the losers is an honest, thorough report on the state of the town, both positive and negative. If your town wins a Tidy Town award, your property values will increase for at least several years immediately following.

I like this idea a lot. It’s a way for people not central to the work force–the unemployed, post- and pre-employed–to jump in and make a difference. Neighborliness between businesses and residents, different areas of town, and different walks of life is encouraged. Resources are shared and community relationships are strengthened. Some potential exists for the competition to make things worse–squabblers are going to squabble–but the Irish have found this program to have overwhelmingly positive results. 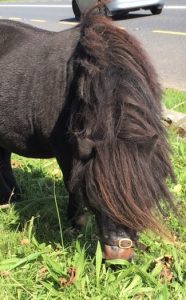 If I were on my local Tidy Town committee, and I took a look around at what we need, what would be at the head of my list? The question is complicated because, though I’ve lived three miles outside the same dot on the map for nearly 30 years, I still don’t know the place very well. Oops.

If you were turned loose with a Tidy Town challenge, where would you start? What would you prose to do for your neighbors with the prize money? (And can you imagine a series of small town romances based on this premise?)

To one commenter, I will send a $50 Barnes and Noble gift card.

8 comments on “Cleaning Up This Town”