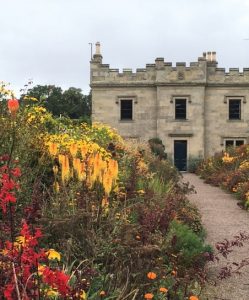 I am back from more than three weeks of travel around Great Britain. The washing machine is working its magic as I type this, my first cup of “home tea” is brewing, and I am very, very glad to be once more in my personal typing chair. I am also very, very glad I went a-touring. I connected with family and with family history, and I learned a lot.

One of the primary reasons I travel is to see my familiar surroundings with new eyes, and this trip did that for me, though the results weren’t always cheering. Compared to the UK, for example, where I live is no melting pot. In Scotland, I heard accents from six continents, just as I toddled around the hotels and village shops, let alone the tourist sites. At home? I don’t even hear many regional American accents, and that’s a sort of poverty that probably afflicts much of rural America. 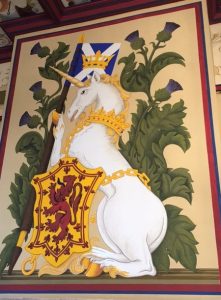 I saw no guns in the UK, unless they were antique firearms in glass cases. The UK has transitioned from having a gun-centric squirarchy in days of yore, to embracing different norms where firearms are concerned. I saw no guns at the harbors, on the ferries, in the airports, or the major train stations. Again, I view the proliferation of guns in the US as an indication of a sort of poverty, though several members of my family are gun owners (and I am not clamoring to “take their guns”).

The UK is way, way WAY ahead of us in terms of climate responsibility. Scottland is a net exporter of wind energy and ahead of schedule for achieving 100 percent renewable energy. Food, to the greatest extent possible, is locally sourced. That means it’s fresher, and while produce might not look quite as appealing on the shelf, the taste is better, the nutrition is better, and the carbon footprint much 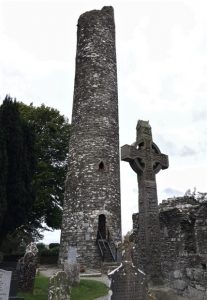 smaller, to say nothing of what various EU pesticide bans are doing to reduce toxicity to the consumer or the environment.

I saw areas in the UK that I’d like to improve on, of course. Handicapped accessibility lags in the UK tremendously, in part because it’s hard to retrofit castles (and their medieval villages) without destroying the original structures or the National Trust’s budget. The EU bears the scars of centuries–approximately fifteen of them–of religiously motivated killing, right up to the Troubles in Ireland. The future is looking more encouraging, but I often reflected on how lucky the US was to be “born” after the Reformation, and to have a built separation of church and state into its foundation. We’re still working out the details on that one, but the basic concept is sound.

The British monarchy and aristocracy continue to be sources of great contention, particularly when their extravagant living is compared to the meanness of life for the masses, where famine, clearances, enclosures, game laws, and other brutal aspects of modern history still linger in cultural memory. Again, I am glad the US has no overt 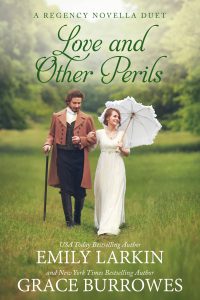 hereditary royalty or peerage to try to wrestle into harmony with a democratic constitution.

If you were to change one aspect of your home turf, what would it be? To three commenters, I will send an e-ARC of Love and Other Perils, which goes on sale October 8.