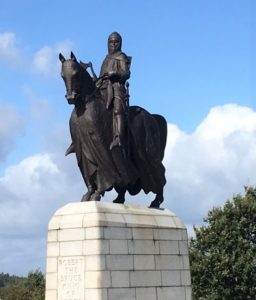 So I’ve bounced over from Ireland to Scotland (a forty minute flight between Dublin and Edinburgh), and I am having an enraptured time. Whenever I visit Scotland, I feel a sense of wonder and joy, in part because it’s just so danged pretty, and in part because it’s Scotland. History here, as in Ireland, goes back thousands of years before the pyramids, and everywhere you look somebody’s story—the Picts, the Vikings, the Jacobites—has left venerable footprints.

I envy the Scots the unifying influence of a long, shared legacy, but I also realize history can be too much of a good thing. Which castles should be saved? Which should be allowed to continue their slow march toward a death from natural causes? How many “historic stately homes” can the sightseeing public or the taxpaying public support, and what should be done with the extras? 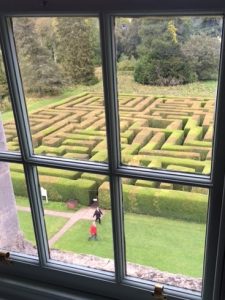 On this visit, we paid a call at Traquair House, the oldest continuously occupied home in Scotland—continuous, as in since the early 1200s—and one of few that preserves the Catholic side of the whole violent mess we call the Reformation. Mary Queen of Scots slept there, and her rosary and crucifix are on display.

We also called at Abbottsford, Sir Walter Scot’s home, and one that claims to be the most important writer’s residence open to the public anywhere on the globe. Without Sir Walter, we might not have stumbled upon the notion of historical fiction (he turned hist fic into a global phenomenon), so of course his house ought to be preserved too.

My favorite place so far has been Ellisland, a humble farm worked by Robert Burns for a few years in his late twenties and early thirties. He built the farmhouse and many of the existing dry stone walls himself, plowed the ground and designed the house. His years at Ellisland 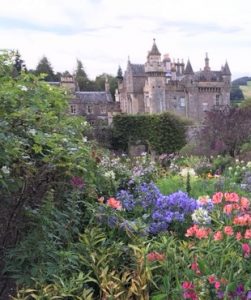 were among his most productive, and the property is beautiful, even if the ground wasn’t all the fertile. I’d like to see Ellisland preserved for future generations too, and besides, it has a resident self-appointed feline welcoming committee of one which immediately ensures National Treasure status, right?

Americans move on average 11 times in our lives, and I’m on track to match that number, but my story has taken place mostly in two places: The one home I lived in between birth and age eighteen, the home where I’ve raised my daughter. 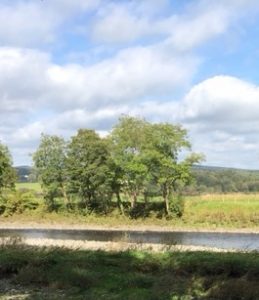 And yet, the place I lived when my daughter was conceived, the little apartment where she began life, the blasted summer rentals in San Diego where I was forced to spend several childhood summers… they are part of my story too.  My dad always pointed to the house where I and six siblings grew up as, “the place where it all happened,” but it turned out to be just one scene in his long, long story.

If you had to preserve one location for posterity as the place to tell your story, where would it be? Why? To one commenter, I’ll send a $50 Barnes and Noble gift card. (Which reminds me, keep an eye on my new Deals page, and feel free to nominate a book for discounting.)

15 comments on “Too Many Castles”