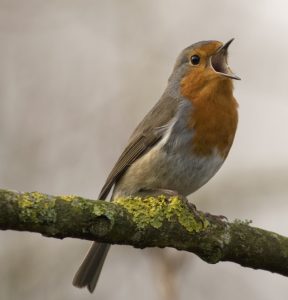 When I was a kid, I would lie awake of a summer dawn, and listen to the birds sing. They made one heck of a racket, and it was a beautiful sound. Day was breaking, and for a child who was terrified of the dark, there was no greater joy.

I don’t hear the songbirds much any more, despite living in a more rural environment now than I did growing up (which was, admittedly, pretty rural). My herd of cats has something to do with that, but it’s also true that the birds are dying off. In my lifetime, we’ve lost a quarter of our birds in the United States.

Maryland is also losing its bat population, thanks to something called White Nose Syndrome (and wind turbines aren’t helping either). This problem has arisen in the past decade or so. A fungus that likes caves has attacked hibernating bats, and disturbs their rest. Long story short, the bat die-off is costing US agriculture billions. 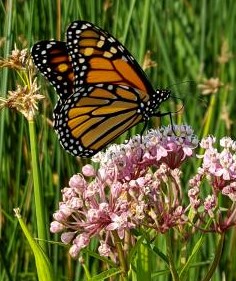 Bee Colony Collapse Disorder is another problem that is costing us billions. Monarch butterflies, one of our busiest pollinators, are also imperiled, and I am frankly terrified that my government, which commands enormous resources, no longer seems to be focusing on these looming tragedies.

So I’m focusing on them. For Christmas this year, nobody is getting fuzzy socks from me, nobody will receive any chocolate. No delicious collections of designer teas, no cashmere scarves from Scotland.

It’s a green Christmas in the Burrowes household. I will send out milkweed seeds for the monarchs, tailored to fit the recipient’s ecosystem. You can browse here for the best variety to plant where you are here, (and fall is the best time to plant most species). For the bats, I’ll send bat boxes. They discourage the troublesome fungus, and on Amazon, 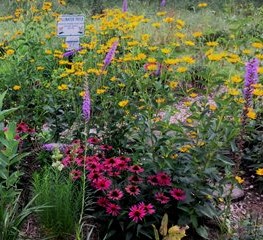 For the bees, I’ll give pollinator perennial seed packets, using the website here to make sure the flowers I’m sending will work where they’re planted. For those with the room, I might send a bee house, because pollinators need places to raise their young. My Christmas present to myself will be to plant more flowering trees and fruit trees on my property.

If all else fails, the hard to buy for on my list will get some danged birdseed and a bird feeder to help the non-migatory species get through the winter. I still want everybody 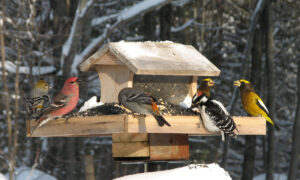 to have good books for Christmas, (see the November Deals here), and I want peace on earth and wellbeing for my human family too. I also want to have a world like the one I grew up in, where the birds and bees were abundant and happy, and a summer dawn was a noisy, joyous time.

How is your holiday shopping going? Do you stick with some old reliable gifts year in and year out, or will this year take a little different direction? To one commenter, I’ll send a $50 Amazon gift card.

21 comments on “I Want the World For Christmas”