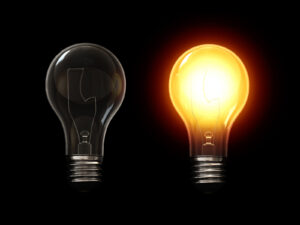 I make my living with my imagination, so I’m always on the lookout for information about how to do that more successfully. I read books about creativity, about break-through thinking, about solving problems nobody has yet solved.  Thanks to some smart folks, we know, for example, that successful entrepreneurs tend to share three characteristics:

First, they create a lot. Like the legendary Thomas Edison, they churn out the ideas, some silly, some brilliant. Beethoven, Picasso, Frank Lloyd Wright… they each left us a large body of work as they shaped the art of their time. Much of Beethoven’s music is merely pretty, but to get to the Ode to Joy, he was willing to slog through the merely pretty phase. 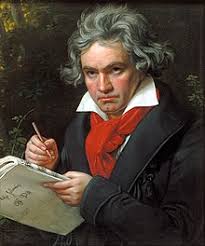 Second, successful entrepreneurs tend to work at the edge of their expertise, such that a surgeon (Dr. Judah Folkman) rather than an oncologist came up with angiogenesis as an angle for defeating cancer (cutting off a tumor’s blood supply). Working outside your wheelhouse means you have creds in some field, often big creds (Folkman graduated from Harvard Medical School), but you aren’t as invested in the “we’ve always done it that way” limitations surrounding the problem you’re tackling.

Third, successful entrepreneurs tend to be charming people who associate easily with all kinds of other people. You remember these entrepreneurs because they ask interesting questions and actually listen to your answers. This  intensity of focus and friendliness on the part of the entrepreneur means potential funding sources are favorably impressed. For the entrepreneur, a wide circle of acquaintances means they 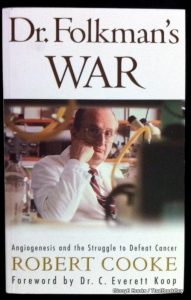 constantly encounter fresh perspectives, because the janitor, the grad student barrista, and the tech innovator will not view life in the same light.

What strikes me about these magic beans–foraging beyond a developed field of expertise, burning the candle at both ends, keeping in touch with a big bunch of people–is how much easier all of that is to take on if a) you don’t have kids, or b) if you must have kids, then you have somebody else to look after them most of the time.

There are 950 Nobel laureates, only 48 of them are women who won the prize without sharing it with a hubbie (six couples have won). Only 25 Fortune 500 companies have female CEOs (and not a one has a black female CEO).  The US Congress is still not EVEN 25 percent female, and some state legislatures have as few as 15 percent female members (and they tend to be the least productive state legislatures, too).

All of which makes me more hopeful than mad (most days). Why? Because think of all the genius, creativity, and sheer inventive brilliance lurking in the half of the population 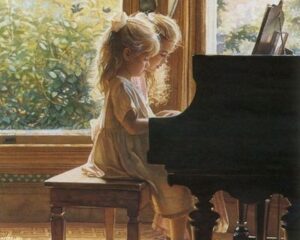 that heretofore has had fewer opportunities to develop those creds, burn those candles, and establish those wide circles of acquaintance.

We have tremendous untapped potential as close as the girl next door, and increasingly we seem to realize how important it is that she have a chance to be the next successful entrepreneur, or the next anything she wants to be.

What gives you hope these days? Where do you see things moving in a positive direction? Christmas is coming, so I’m back to sending one commenter at $50 Amazon gift e-card.

15 comments on “The Goddess of Hope”