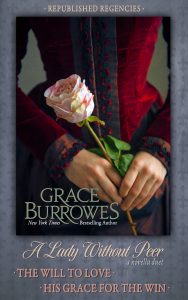 I was certain I would never be among those women who turned to hormone replacement therapy (HRT) to deal with menopause. Frequent hot flashes are a big So What. They don’t hurt and they’re over in minutes. Dry skin? Use moisturizer. Anxiety? Who doesn’t have anxiety in the current political and economic climate?

But last fall, I realized that my writing productivity had dropped in half and was still sinking. I could not turn my mental gears for more than about a single scene most days.  A trip to the barn for a 45-minute horse back ride wiped me out for the day. My 10,000 steps were drifting down to 7,000…. most days… I guess. I was paying bills almost-late even though I had the money sitting in my account.

I did not feel like myself. I wasn’t acting like myself. I felt like a vague old dear who would soon be forgetting if she’d fed the cats. I am normally somewhat foggy because I live much of the time in my imagination–or I do when I’m on my game. This was different, more like screensaver mode, stuck in neutral. No energy, but can’t sleep.

So off to the doc I did go, and the doc’s first recommendation was HRT.

“I’ll try it,” says me, much to my own surprise, “because I’m losing my stories, and I need my stories to be me. Also to eat.” A couple months later, Doc gets the lab work back that says my thyroid juice is WAY too low, so we double that in addition to the prescribed testosterone and progesterone.

I am happy to report that after six months of following doctor’s orders, things are looking up–Lord Stephen Wentworth’s book is completed in draft, and that rascal played least in sight for all of 2019. My next step will be a hiatus on the hormones, because what if the whole problem was just my danged thyroid (again)? But even trying the HRT was something I’d told myself I’d never do. I have no patience with the notion that a woman “should” be sexy, attractive, alluring, or anything that uses male attention as a frame of reference. Heck with that.

She should be delighted with her lovely bad self all the time at every age no matter what–says me.

But I wasn’t so delighted with myself when I could not make the words happen. I love to write, and I knew when that started to slip from my grasp, it was time to cross at least 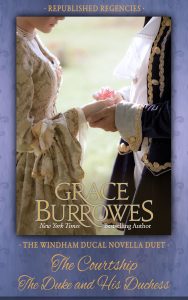 Do you have nevers? Are there bright lines you hope you never have to step over? Bright lines you have stepped over that maybe you should have hopped over sooner? To one commenter, I’ll send a $25 Barnes and Noble gift card.

And PS: One result of feeling a little more the thing is that I’m getting my backlist novellas repackaged and republished (hence A Duke Walked into a House Party, and A Lady Without Peer). I’ve also put a new cover on Percival and Esther Windham’s prequel novellas (The Courtship/The Duke and His Duchess), and I like this cover sooooo much better than the old one!