I am of the belief that as you travel on in life, if you are on the right path for you, you acquire regalia–outward trappings of your ever-more-bounteous inner majesty. Maybe your regalia is a scarf your grandma knit or a beer stein your dad picked up while serving our country in Germany. The value of your regalia lies in its emotional merit, its ability to anchor you to something genuine and precious in your life.

Among my regalia is a little slate coaster that I bought on my first visit to Balmoral Castle in the Scottish Highlands. The trip was magical, a series of unfortunate events morphing into a little Cinderella moment for a woman on the backside of forty who dreamed of writing books someday. On the coaster is the motto of the Royal House of Stuart and the Order of the Thistle: Nemo Me Impune Lacessit. (Voltaire says it’s his motto too.) 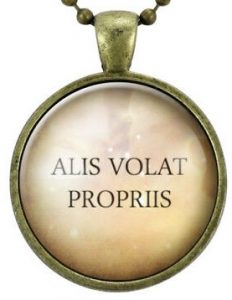 This motto, which was dear to Queen Victoria, means, essentially: You mess with me, I’ll make you pay, or, nobody provokes me with impunity. For a woman barely five feet tall, ruling from a throne that hadn’t been held by a female in centuries, those words probably spoke to her heart. (And, lest we forget, she had nine kids and her adored hubby popped his clogs at the tender age of 42.)

The other night I was reading along in one of my improving tomes–I think it was Give and Take by Adam Grant?–and I learned that Frank Lloyd Wright’s family had a motto: Truth Against the World. I imagine young Frank, watching his dad raise a toast to the family motto–has a nice ring to it.

And then I bethought myself: What would Lord Stephen Wentworth’s motto be? Must think on that. (The title for his tale is, “How to Catch A Duke,” release date in about 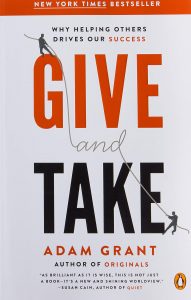 And then methinks: What is MY motto? My website says, “I believe in love,” and that’s true. My personal theory for why Romance as a genre scares so many people is because it’s about love, and love is the most positive, transformative power on earth. Scary business, and I believe in love strongly. But what’s my motto?

My prime directive is, “Be kind; tell the truth.” Having that moral touchstone in my ethical treasure box helps keep me going in an honorable direction, and true to myself. So I s’pose my motto might be: Honesty and Kindness. (Latin: Probitatis et Misericordiam.) Or maybe my motto is simply: Honor. 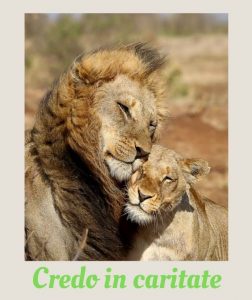 Family crests and coats of arms have mottoes. Schools have mottoes. Corporations have missions statements, but most of those read to me like so much blah-blah that the PR folks came up with for the shareholder report. Maybe corporations would be better citizens if they could boil their values down to a motto. Not my circus.

By I am curious: Do you have a motto? Does your family? Can you think up a motto that might be appropriate for muddling through the present interesting times? To one commenter, I will send a $25 B&N gift card.