I mentioned last week that having the freedom to write day after day has resulted in… carpal tunnel symptoms in my left wrist and hand. I don’t mind that it hurts–compared to a three-day migraine it’s nothing–I mind that it scares me. This is a condition that sometimes only admits of surgical treatment, and that means downtime, expense, logistical challenges, and woe is me.

Other worries in the current environment go Yertle the Turtling on top of that fretful situation, and pretty soon, I am in a corona-funk. Everything is awful, the sky is falling, and I’ve already finished the new Julia Quinn, the new C.S. Harris AND Ozan Varol’s first mainstream nonfiction title. Whatever shall I do?

My worries are trivial compared to the life and death stakes many people are facing, but lecturing me about that doesn’t help my outlook. “It could always be worse,” is, to me, a Hail Mary pass thrown at reason on a playing field full of legitimate, painful emotions. It could always be better too, ya know.

I think back, though, to my parents, who endured the Great Depression; WWII (Dad served, Mom was a nurse); the Korean War; McCarthyism; Vietnam (my oldest brother served); Watergate; the assassinations of John and Robert Kennedy, Dr. Martin Luther King, Jr, Malcolm X, Medger Evers, and Harvey Milk; the Kent State shootings; and various other wars, recessions, miseries, and scandals since. They both grew up without penicillin (Mom turned out to be allergic to it),  and with the ongoing threat of polio.

And you know how my parents coped? Welp, Dad generally had two double martinis every night after work. The first was in his hand within ten minutes of arriving home, and, “Mama, can I fix you a drink?” was probably his way of saying, “Honey, I love you.” In my mother’s words, “that was how you coped.” 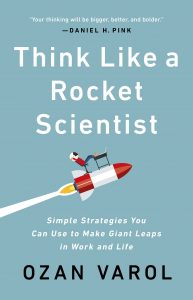 They may not have been the greatest generation, but they were certainly the drinking-est generation. And no, I never saw either parent drunk.

Some people cope with adherence to a faith tradition, some with music or exercise, some with a glass of chardonnay, some with books (Yay!!!), some with meditation or journaling. I’m personally consuming a bit more dark chocolate than usual–a big bit.

But my bedrock coping mechanism is to default to gratitude. As worried and scattered as I’m feeling, as disruptive as a sore paw (and a little bitty pandemic) could be for a chubby, aging, full time writer, what am I grateful for? 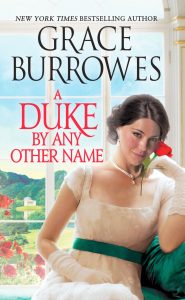 Ethically sourced dark chocolate, that’s for bleepin’ sure. Medical professionals who can fix a sore paw. Technology like dictation software that means this is not the end of the world, Grace Ann. Readers who like what I write enough to keep a roof over my head. Nifty little wrist cuffs that, for $19.99, will keep me from messing up my hand any further. My bloggin’ buddies, who stop by this space to share wisdom, wit, and worries…

And pretty soon, after I go down the gratitude gopher hole, I’m feeling less anxious and more settled. So what I want to know is: How do you cope? To three commenters, I’ll send SIGNED print ARC’s of A Duke by Any Other Name (c’mon, Tuesday!).

24 comments on “When All Else Fails…”