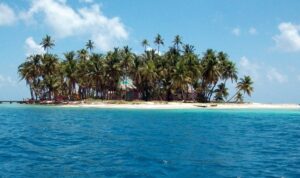 There are two books I wish I had never read, or never been made to read, more accurately. Sir William Golding’s Lord of the Flies was still a curriculum favorite when I was in eighth grade, because, “Boys will read it.” There is not one female character in the whole tale, not even off the page. (Rant of choice goes here.)

LOTF is small (about 60,000 words) which means cheap to buy in quantity. At the time I was forced to read it, the book was already more than 20 years old, but like the same old thing for breakfast each day, it was still slopped into the educational  hog trough year after year. 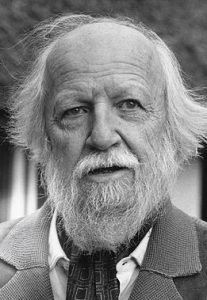 This dark little story purports to chronicle the descent into murderous savagery of a group of British schoolboys marooned on a tropical island. Three of them, including the lone inherently decent character, either die or are killed by their peers. The surviving  boys finish out the book wishing human nature wasn’t so gosh darned awful.

Golding was a depressed, anti-social, alcoholic who’d endured two world wars and a pandemic. He had reasons for publishing this grim little allegory, and in 1954, with Cold War well under way, they were probably pretty good reasons. That context wasn’t provided to me as I stumbled into his work at the age of fourteen. The message the came across was: People are basically violent, selfish, and stupid. Even children are violent, selfish, and stupid if left to fend for themselves. 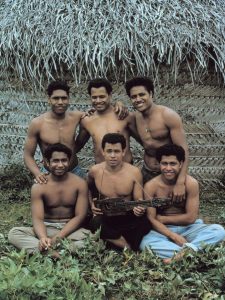 Golding did say the book would never have worked with girls, which is puzzling, because as far as I was concerned, the book didn’t work with boys. Turns out a group of six boys were in fact once upon a time (in 1965) shipwrecked on a tiny desert island and stranded for fifteen months. One of them even broke his leg.

They were rescued by merest happenstance, and found to be in great good health if a bit shaggy. The busted leg was perfectly healed. When squabbles broke out among them, the combatants would go to different corners of the island for a few hours, then come together to talk out their differences. They shared all of the work, developed a routine that included music, prayer, exercise, and food gathering, and generally set up a mini-civil society under very trying conditions. One guy figured out to get a fire going and they did not let that flame burn out once in 15 months. 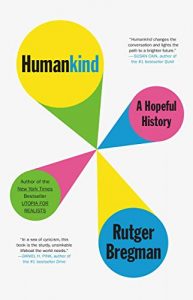 You can read about them here, and I’ll have more to say next week on the book from which that article was excerpted. This was the rebuttal I wanted to make to William Golding: Most people are basically good. We want good things for others. We love much more effectively than we hate. Reality TV isn’t reality. It’s poison masquerading as entertainment.

Back in eighth grade, all I could do was shrug and pronounce Golding’s book stupid. (Fourteen is not the most analytical age.) Maybe the story can now be read as an indictment of toxic patriarchy rather of human nature. I don’t know and I’m not planning on re-reading it any time soon. All I know is, Golding was wrong, love is the answer, and every one of you is welcome on my desert island.