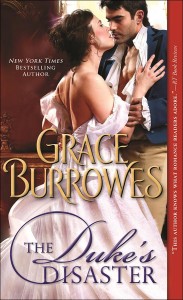 I have drafted Stephen’s Wentworth’s book (How to Catch a Duke), and unless Ned Wentworth has a big surprise in store for us, Stephen’s happily-ever-after will conclude that series. At the same time, I’m wrapping up Daisy Dorning’s story (working title, Truly Beloved) and preparing to tackle Sycamore Dorning’s tale (working title All Hell Truly Breaks Loose in Mayfair), which will take us to the end of the True Gentlemen.

Guess I’d better come up with a new series, huh? Readers have made suggestions. Noah, Duke of Anselm (The Duke’s Disaster) has four siblings, and they do need stories–probably for 2022 because I’ll have the rights back to Noah and Thea’s tale by then. Elijah Harrison (Lady Jenny’s Christmas Portrait), comes from a huge, boisterous family that’s now connected to the Windhams. Maybe I should pan for gold in that stream? (Prudhomme sends regards!)

But simply writing a bunch of sibling tales usually isn’t enough to build a strong series. For the Windham sons, whose trilogy traveled under the name The Duke’s 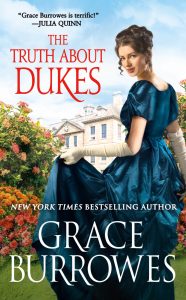 Obsession, the issue was how to keep an ambitious and grieving father from making a muck of life for his surviving sons as they followed his example by fighting for their true loves.

For the Rogues to Riches series, the Wentworth siblings brought significant trauma with them up from the gutter, and had to find the partners who could help them resolve the trauma and turn wounds into superpowers.

The challenge for me is to not only to come up with a premise, but also to refine the series title until readers (and I) can tell in a few words what the fundamental struggle of the characters will be. Rogues to Riches does that, and the books have been fairly easy to write. I think Tessa Dare’s Castles Ever After is another brilliantly branded series–each heiress inherits a problematic castle, and each castle comes with a problematic man (and isn’t that always the case?). 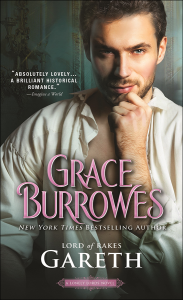 The Lonely Lords, by contrast, have generated much reader email, asking me about continuity, sequencing, inter-relationships… ‘A bunch of lonely guys find true love’ isn’t  a strong organizing principle for a series, and if you’ve read the books, you know it’s really two series–sort of Darius Lindesy-and-friends, and the Worthington-family-plus-a-few-strays. Write and learn.

As I was ruminating on where my next inspiration might lie, I came across this blog post from Ozan Varol, a rocket scientist turned legal eagle turned idea guy at large. He’s noting the importance of names and labels. Is it his home office (blech), or his idea lab (cool!)? Are the people driving a company’s productivity employees (blah), or inventors (huh?)? How we frame a concept with words signals on a deep level what our minds are supposed to do 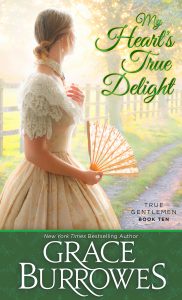 So I will continue to cast around for a series premise that I can encapsulate into an elegant, engaging, and accurate title, while I ponder which problems or proclivities are substantial enough to unite a series of happily ever afters. The goal is to put a few precise words on a picture big enough to charm and intrigue–how hard can that be?

What series do you recall as being larger than the individual books? What about the stories, characters, or story-foundation made them memorable?  I’ll add three commenters to my ARC list for My Heart’s True Delight.